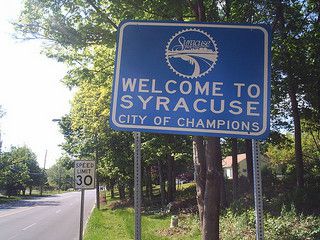 Fact 1
It is the economic and educational hub of Central New York, a region with over a million inhabitants.

Fact 3
The first known Europeans in the area were the French who arrived in 1615.

Fact 4
Because of similarities such as a salt industry and a neighboring village named Salina, the name Syracuse was chosen by village planner, John Wilkinson, after Syracuse, Sicily.

Fact 5
Land to the north of Syracuse is generally flat while land to the south is hilly.

Fact 7
Syracuse has a humid continental climate and is known for its snowfall.

Fact 8
Over the course of 400 years, immigrants from all over the world have been attracted to the Central New York area.

Fact 9
The City of Syracuse maintains over 170 parks, fields, and recreation areas, totaling over 1,000 acres.


Was a great mathematician, physicist, engineer, inventor and astronomer whose outstanding contributions in the field of science brought about significant changes to the scientific worlds.


Is a talented actress who is best known for her role in the movie âUp in the Airâ.

Short about Syracuse
is a city in and the county seat of Onondaga County, New York, United States.