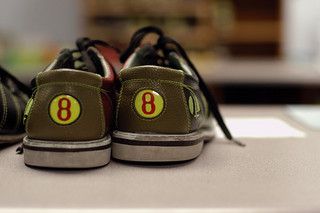 1. The enduring appeal of bowling in New York City

In 1840, the first indoor bowling lanes were built in New York City, and by the end of the 1800s, the city was home to over 200 bowling alleys. Not only were these alleys used for recreational bowling, but they also served as gambling centers, providing a place for people to bet on the outcome of the game. This surge in popularity of bowling in New York City during the 1800s was a testament to the game's enduring appeal.


2. The History of Ten-Pin Bowling

The game of bowling has a long and interesting history. It was first played in the USA with nine pins, but due to its association with gambling and drinking, it was outlawed. To keep the sport alive, someone added a tenth pin, thus creating the game of ten-pin bowling that we know and love today. This change allowed bowling to remain a popular pastime and has been enjoyed by millions of people around the world for centuries.

3. The Evolution of Bowling Balls

Gone are the days of wooden bowling balls! Up until the early 1900s, bowling balls were made out of wood, but today they are mostly made out of polyester or plastic and typically weigh between 2.7 and 7.3 kilograms. This shift in material has allowed for a much more precise and consistent game of bowling, as the weight and size of the ball can be tailored to the individual player.

Also → Earth's Surface is Much Smoother Than You Might Think

4. The United States of Bowling

Bowling is a popular sport in the United States, with the United States Bowling Congress (USBC) boasting an impressive 2.5 million members. This makes the US the largest bowling nation in the world, with more players than any other country. USBC members have access to a variety of benefits, including tournaments, leagues, and exclusive discounts. With such a large and passionate bowling community, it's no wonder why the US is the world's premier bowling destination.


5. The 512 Lanes of the Tokyo World Lanes Bowling Center

The Inazawa Grand Bowl in Japan is the largest bowling center in the world today, boasting an impressive 114 lanes. However, the Tokyo World Lanes Bowling Center, also located in Japan, was the largest bowling center of all time, with an incredible 512 lanes. This impressive feat was achieved in the 1960s, and the center remained open until the early 2000s. Although it is no longer in operation, the Tokyo World Lanes Bowling Center stands as a testament to the popularity of bowling in Japan.

6. How Much Does a New Bowling Lane Cost?

Bowling is a popular sport enjoyed by millions of people around the world. The traditional bowling lane is an impressive 18.2 meters (around 60 feet) long, stretching from the foul line to the headpin. It's no surprise that such a large piece of equipment comes with a hefty price tag - a new bowling lane can cost up to 100,000 US dollars.

7. The Greatest Bowlers of All Time

Since its inception in 1958, the Professional Bowlers Association (PBA) tour has been the premier destination for professional bowlers. As of 2015, the most successful player on the tour is Walter Ray Williams Jr., who has won an impressive 47 titles. His success has made him a household name in the bowling world, and he is widely regarded as one of the greatest bowlers of all time.

Also → Chess is a Popular Game that Millions Enjoy

Bowling is a hugely popular sport in America, with an estimated 6 billion US dollars generated in the US bowling market each year. It's the number one participation sport in the country, with millions of people taking part in bowling leagues, tournaments, and casual games. Bowling is a great way to have fun with friends and family, and it's also a great way to stay active and healthy.

Also → The History of Curling

In 1997, Jack Biondolillo made history when he became the first bowler to roll a perfect 300 game in a televised Professional Bowlers Association (PBA) event. His feat was accomplished during the Tournament of Champions, a prestigious event that has been held annually since 1962. Biondolillo's perfect game was a remarkable achievement, and it was a momentous occasion for the sport of bowling.

Also → The History of fencing

10. The Origins of Modern Bowling

Bowling has a long and fascinating history, with its origins stretching back some 4,000 years to Rome and Greece. However, the modern version of the game has its roots in old German religious ceremonies. In these ceremonies, a pin was placed at the end of a long lane and participants would attempt to knock it over by rolling a rock towards it. If the pin was successfully knocked over, it was believed that their sins were absolved.

Also → The Birth of Baseball


is the third planet from the Sun.


Egypt is a country located in North Africa,