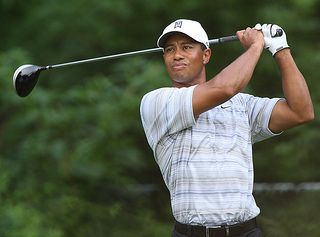 Fact 1:
The world's longest golf course is the international golf club which located in Massachusetts. The course has a lenght of about 7600 meters.

Fact 2:
The first golf balls used in the 16th century are believed to have been made out of wood.

Fact 4:
The first official golf rules were established in Edinburgh by the Gentleman Golfers of Leith.

Fact 5:
The first ever recored hole-in-one was made in 1868 by Tom Morris at the Open Champinship in Prestwick, Scotland.

Fact 7:
The number of dimples on a golf ball is either 336 for an American ball or 330 for a British ball.

Fact 8:
The youngest golfer to shoot a hole-in-one was the five year Coby Orr. It happened in Littleton, Colorado, in 1975.

Fact 9:
The chances of making two holes-in-one in a round of golf are one in 67 million.

Fact 10:
The word caddy comes from the French word for student, cadet, which is pronounced cad-DAY.


Is a Fijian professional golfer who became Number 1 in the Official World Golf Ranking for 32 weeks in 2004 and 2005.


is a South African-born English professional golfer who plays most of his golf on the PGA Tour, while keeping his membership on the European Tour.


is a South African professional golfer.


is a New Zealander who has served as caddy for several top professional golfers, most recently with Adam Scott.


is a Northern Irish professional golfer who is a member of both the European and PGA Tours.


is an Australian professional golfer and entrepreneur who spent 331 weeks as the world's Number 1 ranked golfer in the 1980s and 1990s.


is a former professional golfer from the United States.

Short about Golf
Is a game played in an open field where the golfer plays his golf ball into a hole.