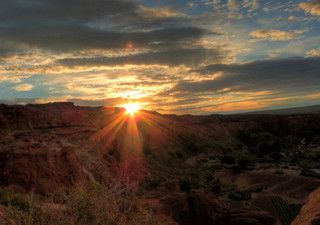 Fact 1
The name âMesaâ stems from the Spanish word for table. It gets its name because of its distinctive table-top shape. Prior to being called Mesa the city was known as Zenos.

Fact 2
The city is home to several higher educational institutes including the Polytechnic campus of Arizona State University.

Fact 3
The Arizona Temple is located in Mesa and one of the largest attractions in the state. An extravagant Easter Pageant is held at this venue every year.

Fact 4
The Honeymoon Trail stretched through Mesa, going from Winslow, AZ to Saint George, UT where Mormons had to travel to be married before 1926.

Fact 5
The Chicago Cubs host their training camp here every year during the spring.

Fact 6
The famous Tonto National Forest is located here in the Superstition Mountains.

Fact 7
Mesa is known as the largest suburban city in the US.

Fact 8
The canals that were built in this city are considered to be some of the largest and most advanced in the prehistoric New World.

Fact 9
Tourists enjoy a lot of outdoor activities and excursions when traveling here including: horseback riding, hot air balloon rides, fishing, golfing, hiking, and jeep tours. The city is also home to two major archeological sites- the Park of the Canals and the Mesa Grande Ruins.

Fact 10
The Hohokam Indians were the first settlers to the area. They were followed by the Mormons.


Is a US city located in the south west region of the state of California.

Short about Mesa
Is the third largest city in the state of Arizona.