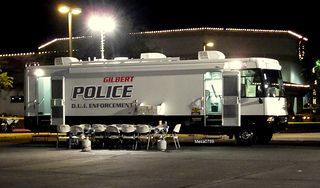 Fact 1
It is currently the most populous incorporated town in the United States.

Fact 2
It was once known as the âHay Shipping Capital of the Worldâ.

Fact 3
It has rapidly transformed from an agriculture-based community to an economically diverse suburban center located in the southeast valley of the Phoenix metropolitan area.

Fact 4
Gilbert was ranked by CNN's Money magazine in 2008 as one of the best places to live in the United States.

Fact 5
It is regarded as one of the top 25 safest cities in the country.

Fact 6
According to FBI records, Gilbert was the largest town in the United States with zero murders in 2005.

Fact 9
Chester Bennington, lead singer of popular band Linkin Park, has lived with his family in the Whitewing at Higley community, located in Gilbert, since 2008.

Fact 10
34.5% of Gilbert residents hold a bachelorâs degree or higher.


An American folklorist and author.

Short about Gilbert
is a town in Maricopa County, Arizona, United States, located southeast of Phoenix, within the Phoenix metropolitan area.