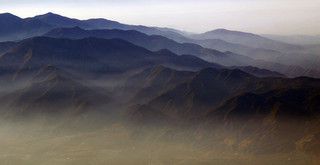 Fact 2
Rancho Cucamonga has been featured on the Comedy Central hit show Workaholics where it was nicknamed âHollywood Eastâ. The main characters are said to live in the heart of Rancho Cucamonga.

Fact 5
The sixth track on the Grateful Dead's 1974 album From the Mars Hotel is titled âPride of Cucamongaâ.

Fact 6
In the SNL skit, âThe Californiansâ, Rancho Cucamonga is mentioned as the location of sand surfing in the episode hosted by Justin Bieber in early 2013.

Fact 8
The city hosts LoanMart Field, (formerly known as The Epicenter), a minor-league baseball stadium, home of the Rancho Cucamonga Quakes. The Quakes' mascot, Tremor, is a "Rallysaurus".

Fact 9
The name Cucamonga became popular to fans of Jack Benny's popular radio program, in which an announcer, voiced by Mel Blanc, would call out: âTrain leaving on track five for Anaheim, Azusa and Cucamonga!â. The humor stems partly from the fact that it is geographically impossible for a single train to serve all three places. This running gag became so popular that it eventually led to a statue of Benny in Cucamonga.

Fact 10
There are some references to Cucamonga in Bugs Bunny cartoons, not surprising given that Mel Blanc was Bugs Bunny's voice actor.


Is a popular American actor most well known for playing quirky roles such as âEdward Scissorhandsâ and âCaptain Jack Sparrowâ.


Is a much loved actor best known for his portrayal of Chief Inspector Jack Clouseau in the Pink Panther series.


Was a popular American actor.


Is a popular Hollywood character-actor born in Brooklyn.


is an American police procedural television series that debuted on Sept. 23, 2008.


Is a Hollywood film actor, screenwriter and producer.


Is a US city in the state in Pennsylvania.

Short about Rancho Cucamonga
is a suburban city in San Bernardino County, California.