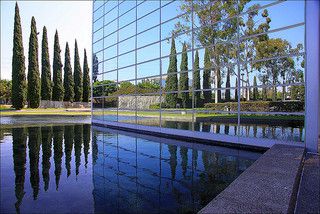 Fact 1
The weekly broadcast of The Hour of Power has been televised from the Crystal Cathedral in Garden Grove since 1970.

Fact 2
The Mountain Goats have referenced the city in several songs including Home Again Garden Grove.

Fact 4
The city is known outside the Southern California area for being the home of Robert H. Schuller's Crystal Cathedral, from which religious broadcasts are made.

Fact 5
Garden Grove has the second-largest Vietnamese American population and second highest concentration of any city in the nation.

Fact 6
Garden Grove was founded by Alonzo Cook in 1874.

Fact 7
An annual event held over Memorial Day weekend, the Garden Grove Strawberry Festival is one of the largest community festivals in the western United States, attracting an estimated 250,000 visitors.

Fact 8
The headquarters of the Government of Free Vietnam, a self-styled anti-Communist group, is in Garden Grove.

Fact 9
Garden Grove is home to three stage theaters, the Garden Grove Playhouse, the Gem Theater and the Festival Amphitheater.

Fact 10
The song âGarden Groveâ, by the band Sublime, was named after the city from their self-titled 1996 album.


A city in the northern part of Gauteng Province in South Africa.

Short about Garden Grove
is a city located in northern Orange County, California.