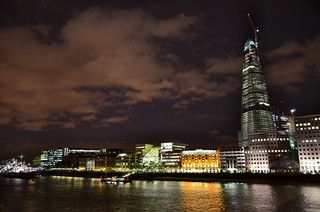 1. A Place to Discover the Inland Empire

Riverside, located in the southeast part of California, is part of the Inland Empire, an area known for its diverse landscape and rich history. From the San Bernardino Mountains to the Santa Ana River, the Inland Empire is home to a variety of attractions, including the Mission Inn, the Riverside Metropolitan Museum, and the Fox Performing Arts Center. With its close proximity to Los Angeles and Orange County, Riverside is a great place to explore the culture and beauty of the Inland Empire.

Riverside, California is unfortunately known for its high levels of air pollution, earning it the nickname of the "smog belt". This is due to the city's location in the Inland Empire, which is surrounded by mountains that trap the smog and prevent it from dispersing. As a result, Riverside has some of the worst air quality in the United States, with an average of over 100 days of unhealthy air quality each year.

The city of Riverside is home to the historic Mission Inn, the largest building of its kind in the world. Built in the Mission Revival style of architecture, the Mission Inn is a stunning example of Spanish Colonial Revival architecture, featuring a mix of Spanish, Moorish, and Mexican influences. It has been designated a National Historic Landmark and is a popular tourist destination, offering a variety of activities and attractions, including a museum, a spa, and a golf course.

4. The Riverside Fox Theater: A Symbol of Riverside's Cultural History

In 1939, the Riverside Fox Theater made history by being the first theater to show the iconic movie, "Gone with the Wind". The movie, which went on to become one of the most beloved films of all time, was first seen by audiences in the historic Riverside theater, which was built in 1929 and is still standing today. The theater has since become a popular destination for movie-goers, and continues to be a symbol of Riverside's rich cultural history.

Also → The Bob Hope Theater: A Historic Landmark in Stockton

Riverside, California is home to the World's Largest Paper Cup, which is actually a giant concrete Dixie Cup. Standing at an impressive 3 stories tall, the cup is located on Iowa Street and is a major tourist attraction. Visitors to the city can't help but be amazed by the sheer size of the cup, which is sure to make a lasting impression.

6. A Vibrant City with a Thriving Arts Scene

Riverside is a vibrant city with a thriving arts scene. It boasts fifteen museums, all of which are meticulously maintained and offer a wide variety of exhibits and activities. The city also hosts a number of festivals and events throughout the year, such as the Riverside International Film Festival, the Riverside Dickens Festival, and the Riverside Airshow. With its diverse range of cultural attractions, Riverside is a great place to explore and experience the arts.

Riverside, California is renowned for its role in the history of the citrus industry in the United States. It is considered to be the birthplace of the California citrus industry, as the first naval orange grown in the US was planted here. This momentous event marked the beginning of a new era in the country's agricultural industry, and Riverside has since become a major producer of citrus fruits.


8. A Unique Setting for Filmmakers

Riverside, located just a short drive away from Los Angeles, is a popular destination for filmmakers looking to capture a unique setting for their movies. With its diverse landscape, ranging from rolling hills to sprawling vineyards, Riverside offers a variety of backdrops for any type of film. From the historic Mission Inn to the picturesque Santa Ana River, Riverside is the perfect place to capture the perfect shot.

9. Fairmount Park: A City oasis in the heart of Riverside

Riverside is a city that is home to Fairmount Park, an expansive urban oasis that serves as the entrance to the city. This park is a popular destination for locals and visitors alike, offering a variety of recreational activities such as walking trails, picnic areas, playgrounds, and even a lake. It is also home to a variety of wildlife, including birds, squirrels, and other small animals. With its lush greenery and tranquil atmosphere, Fairmount Park is a great place to relax and enjoy the beauty of Riverside.

Riverside is a unique city, as it is one of the few places in the world that still has a drive-in theater. This theater, located on the outskirts of the city, offers a unique movie-going experience, allowing visitors to watch films from the comfort of their own cars. The theater has been in operation since the 1950s, and continues to be a popular destination for locals and tourists alike.

Short about Riverside
Is a US city in the state of California.