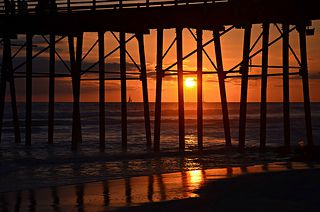 Fact 1
It is the third-largest city in San Diego County, California.

Fact 2
It was originally inhabited by Native Americans.

Fact 3
The first European explorers arrived in the area in 1769.

Fact 5
Oceanside continues to be known for the value and appreciation as a vacation home market.

Fact 6
Oceanside has annually played host to the official start of 3000 mile bicycle race, Race Across America since 2006, usually held in the second week in June. It is considered the world's toughest sporting event by many experts.

Fact 7
Together with Carlsbad and Vista, it forms a tri-city area.

Fact 8
The historic district of Mount Ecclesia, home to the Rosicrucian Fellowship, is noted for its singular architecture and the preservation of nature grounds and gardens, offering a unique meditative walking experience.


is the county seat and largest municipality of Monterey County, California.


Is a beautiful American city overlooking the Pacific Ocean and adjoining the Mexican border.

Short about Oceanside
is a coastal city located on California's South Coast.