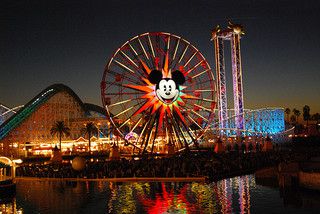 1. A City with a Long and Storied History

Anaheim is a city with a long and storied history, located in the far southwest corner of California. Founded in 1857, it is the oldest city in Orange County, and has been a major hub of activity in the region ever since. With its close proximity to Los Angeles, Anaheim has become a popular destination for tourists, offering a variety of attractions, from Disneyland to the Honda Center. With its sunny climate and vibrant culture, Anaheim is a great place to visit and explore.

Anaheim was founded by wine makers and grape farmers, but when their grape crops failed, they turned to oranges as their largest crop. This shift in focus allowed Anaheim to become a major producer of oranges, and the city is now known for its abundance of citrus fruits. The city's agricultural history is still evident today, with many of the original vineyards and orange groves still in existence.

3. A City Named After a River

Nestled in the heart of Orange County, California, lies the city of Anaheim. Its name, derived from the German word for "home" and the nearby Santa Ana River, literally translates to "home by the river". The city was named after the Santa Ana River, which was named by Spanish explorers in the 18th century after the nearby Santa Ana Canyon. Anaheim is a vibrant city with a rich history, and its name is a reminder of its past and its connection to the river.

Prior to 1955, Anaheim was a small rural community, with vast expanses of orange groves and farmland. However, the opening of Disneyland that year changed the city forever, transforming it into a bustling tourist destination. The theme park brought in millions of visitors each year, and the city quickly grew to accommodate the influx of people. Today, Anaheim is a vibrant city with a population of over 350,000, and is home to a variety of attractions, including Disneyland, Angel Stadium, and the Honda Center.


5. The Impact of the Ku Klux Klan on Anaheim, California

In 1924, the Ku Klux Klan (KKK) infiltrated the politics of Anaheim, California, in an attempt to reform the city's government. The KKK's presence in Anaheim was so strong that they were able to hire members to serve in the city's government, and their influence was felt for years to come. The KKK's involvement in Anaheim's politics had a lasting impact on the city, and their presence was a reminder of the racism and bigotry that still existed in the United States at the time.

Anaheim is a great place to explore the past! With its many historic homes, you can take a drive and admire the architecture of the past, or even take a tour of some of the homes. From Victorian-style homes to Craftsman-style bungalows, Anaheim has a variety of homes that have been preserved from the 19th and early 20th centuries. Whether you're a history buff or just looking for a unique experience, Anaheim's historic homes are sure to provide an interesting and educational experience.

Visiting Anaheim is like taking a step back in time; many of the historic buildings from the 1950s remain intact and unchanged. From the iconic Anaheim Packing House to the historic Anaheim Colony House, these buildings offer a unique glimpse into the past. Other notable sites include the Anaheim Train Depot, the Anaheim City Hall, and the Anaheim Fire Station, all of which have been preserved in their original state. With so many historic buildings still standing, Anaheim is a great place to explore the past and get a sense of what life was like in the 1950s.

Anaheim, California is the hometown of Gwen Stefani, the iconic lead singer, songwriter and front-woman of the multi-platinum selling band No Doubt. Gwen has been a major influence in the music industry since the band's debut album in 1992, and has gone on to become one of the most successful female artists of all time. Her music has been praised for its unique blend of ska, punk, and pop, and her style has been an inspiration to many. Gwen's success has put Anaheim on the map, and she continues to be a source of pride for the city.

Anaheim has been celebrating Halloween in style since 1924, when they hosted their very first parade. To this day, the city continues to host one of the largest Halloween parades in the United States, drawing in thousands of spectators from all over the country. The parade features a variety of floats, marching bands, and costumed characters, making it a truly unique and memorable experience for all who attend.

Also → The Historic Center of Quito is a Must-See

Anaheim is a city located on the West Coast of the United States that is renowned for its impressive convention centers. The largest of these is the Anaheim Convention Center, which is the largest convention center on the West Coast and one of the largest in the world. It features over 1.6 million square feet of exhibit space, making it an ideal destination for large-scale events and conventions. The center also features a variety of amenities, including a theater, meeting rooms, and a variety of restaurants and shops. With its convenient location and impressive facilities, the Anaheim Convention Center is a popular destination for business and leisure travelers alike.

Also → Tennessee's Murfreesboro is the perfect place to live