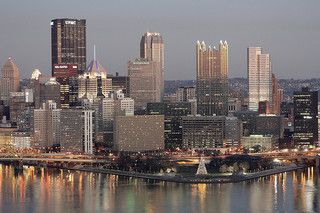 Fact 3
Pittsburg is home to more than 300 businesses in the steel industry, earning it the famous nickname âThe Steel Cityâ.

Fact 4
Pittsburg is also known as âThe City of Bridgesâ as it is home to a total of 446 bridges, which is a world record for most number of bridges in any one city.

Fact 5
The neighborhood that was filmed as being Mr Rogerâs neighborhood is located in the Oakland section of the city. The zombie movies âDawn of the Deadâ and âNight of the Living Deadâ were also filmed in this area.

Fact 10
Numerous parks, museums, libraries and medical centers along with a fantastic research infrastructure and a thriving diverse cultural district have all earned the city a title of âmost livable cities in Americaâ according to Forbes magazine.


is an American rapper and singer-songwriter.