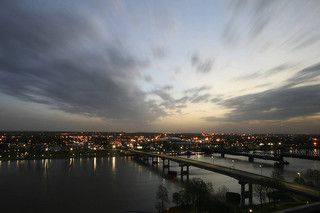 Fact 1
Little Rock is located at the geographic center of the state of Arkansas.

Fact 3
The brown and serve roll was invented in Little Rock in the 30s by Meyerâs Bakery.

Fact 4
Little Rock is the place that gave America the âcheese dogâ in 1956. This hot dog was created at the Finkbeiner Meat Packing Company and is a frankfurter with cheese inserted into its middle.

Fact 5
Robert Palmer Jr. was born in Little Rock. Mr. Palmer was a critic that worked for the New York Times, and he was a historian of rock and roll music.

Fact 6
In 2011 Forbes magazine named Little Rock one of the cleanest cities in America.

Fact 7
In the 1920s the climber car was invented in Little Rock. There are only two of these cars left today.

Fact 8
The author Dee Brown who penned âBury My Heart at Wounded Kneeâ was born here.

Fact 9
Little Rock, Arkansas is the home to the American Taekwondo World Headquarters.

Fact 10
According to the 2012 census reports, the population of this city is recorded as 717,666 residents.

Florence And The Machine


are an English indie rock band, consisting of lead singer Florence Welch, Isabella "Machine" Summers, and a collaboration of other artists.


Arkansas is a state located in the southern region of the United States.


are an English folk rock band.


is the second largest city in Ohio, and was one of America's early manufacturing centers.


Is a state located in the Midwestern part of the United States.

Short about Little Rock
Is the largest city in the state of Arkansas.