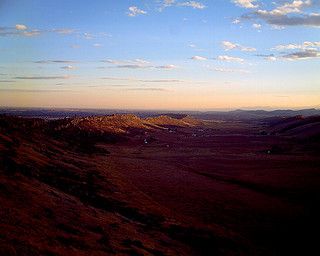 
Is a US city located in the center of the state of Colorado.