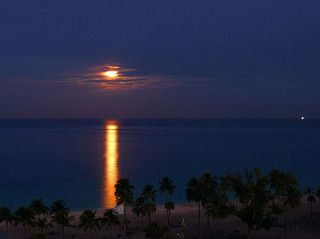 Fort Lauderdale is a city in Florida that is renowned for its intricate canal system, earning it the nickname of the "Venice of America". The city is home to over 165 miles of navigable waterways, making it a popular destination for boaters and water-lovers alike. The canals are lined with beautiful homes and lush vegetation, creating a picturesque atmosphere. Visitors can explore the canals by boat, kayak, or paddleboard, or simply take a leisurely stroll along the waterfront. With its stunning scenery and abundance of activities, Fort Lauderdale is a must-visit destination for anyone looking to experience the beauty of the Venice of America.

Fort Lauderdale is a bustling tourist destination, attracting over 10 million visitors in 2006 alone. With its stunning beaches, vibrant nightlife, and plethora of attractions, it's no wonder why so many people flock to this city each year. From the historic Stranahan House to the picturesque Bonnet House Museum and Gardens, there's something for everyone in Fort Lauderdale. Whether you're looking for a relaxing beach vacation or an exciting night out, Fort Lauderdale has it all.

3. The Yacht Capital of the World

Fort Lauderdale is a major yachting center, boasting an impressive 42,000 resident yachts and 100 marinas and boatyards in 2006. This makes it one of the most popular destinations for yachting enthusiasts, with its many marinas and boatyards providing a wide range of services and amenities for those who wish to explore the city's waterways. From boat repairs and maintenance to fuel and supplies, Fort Lauderdale has everything a yachtsman needs to make their stay enjoyable and memorable.

Also → Fort Collins: A History of a Western Military Outpost

4. A History of the City

Fort Lauderdale, located in Florida, was named after a series of forts built by the United States during the Second Seminole War in the early 19th century. These forts were constructed to protect the settlers from the Seminole Indians, who had been living in the area for centuries. The forts were named after Major William Lauderdale, who was the commander of the Tennessee Volunteers during the war. Today, Fort Lauderdale is a popular tourist destination, known for its beautiful beaches, vibrant nightlife, and numerous attractions.

Fort Lauderdale is a beach-lover's paradise, boasting 23 miles of pristine coastline. From the bustling city center to the tranquil northern beaches, visitors can find a variety of activities to enjoy, from swimming and sunbathing to fishing and boating. With its warm climate and crystal-clear waters, Fort Lauderdale is the perfect destination for a beach getaway.

6. A City of Culture

Fort Lauderdale, located in South Florida, was originally known as the "New River Settlement" in the late 19th century. The area was first settled by pioneers in the late 1800s, who named it after the nearby New River. The settlement grew rapidly, and by the early 20th century, it had become a bustling port city. Today, Fort Lauderdale is a popular tourist destination, known for its beautiful beaches, vibrant nightlife, and diverse culture.

Also → Grand Prairie: A Vibrant Suburb of Fort Worth and Dallas

Fort Lauderdale is a tropical paradise, boasting a rainforest climate with temperatures that remain relatively consistent throughout the year. With an average high of around 87Â°F and an average low of around 68Â°F, the city enjoys warm, sunny days and balmy nights. The city's tropical climate is perfect for outdoor activities like swimming, fishing, and boating, making it a popular destination for tourists and locals alike.

Also → The City of Fort Worth and the USS Fort Worth


8. A City Named After a Famous Commander

Fort Lauderdale, located in Florida, was named after Major William Lauderdale, a commander of a detachment of soldiers who built the first fort in the area. Major Lauderdale was a prominent figure in the early history of the region, and his name has been immortalized in the city's name. The fort he commanded was built in the early 1800s and was used to protect the area from potential threats. Today, Fort Lauderdale is a popular tourist destination, known for its beautiful beaches, vibrant nightlife, and diverse culture.

9. Fort Lauderdale, the Bermuda Triangle of the South

Fort Lauderdale, located in the southeastern corner of Florida, is known for its beautiful beaches and vibrant nightlife. But did you know that it is also considered to be the western corner of the mysterious Bermuda Triangle? This area of the Atlantic Ocean, stretching from the tip of Florida to Bermuda and Puerto Rico, has been the source of many strange and unexplained phenomena, including the disappearance of ships and aircraft. Fort Lauderdale is the perfect place to explore the mysteries of the Bermuda Triangle and its many legends.

10. Flight of the Navigator in Fort Lauderdale

Fort Lauderdale, Florida, is the backdrop for the beloved 1986 sci-fi movie Flight of the Navigator. The movie follows the story of a young boy, David Freeman, who is transported to the future after being abducted by an alien spaceship. While in the future, David discovers that the spaceship is from Fort Lauderdale and he must find a way to get back home. The movie was filmed in various locations around the city, including the Fort Lauderdale-Hollywood International Airport, the beach, and the downtown area. The movie was a hit with audiences and has since become a cult classic.

Short about Fort Lauderdale
is a city in the State of Florida, on the Atlantic coast 23 miles (37 km) north of Miami.