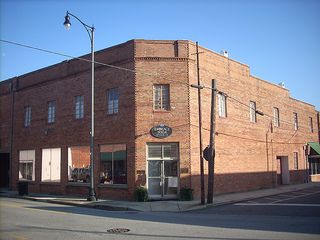 Fayetteville, North Carolina is home to the largest US Army post, Fort Bragg, which is home to an impressive 60,000 soldiers and airmen. This bustling military base is the largest of its kind in the United States, and is a major economic driver for the city of Fayetteville. It is also the home of the US Army's Airborne and Special Operations Forces, and is the site of the US Army's John F. Kennedy Special Warfare Center and School.


2. A History of Liberty and Independence

In 1775, the residents of Fayetteville, North Carolina wrote the Liberty Point Resolves, a document that served as a precursor to the Declaration of Independence. This document was written in response to the oppressive rule of the British government and was a call for the colonists to unite in their fight for freedom. The Liberty Point Resolves was a bold statement of the colonists' grievances and a call for the establishment of a new government based on the principles of liberty and justice. The document was a precursor to the Declaration of Independence, and its influence can still be seen in the United States today.

3. Fayetteville, North Carolina: A City with a Rich History

Henry Evans, a free black preacher of the Methodist faith, was a man of great courage and conviction. Despite facing much opposition from whites for preaching his sermons to slaves in Fayetteville, he never wavered in his mission. His unwavering dedication to his faith earned him the title of âFather of Methodismâ in the region, and his legacy continues to inspire people to this day.


5. The Destruction of a Confederate Arsenal

In 1865, Fayetteville was the home to a Confederate arsenal, which was attacked by General William T. Sherman and his troops. The attack resulted in the destruction of the arsenal, as well as numerous cotton factories and foundries. This devastation was part of Sherman's infamous 'March to the Sea' campaign, which saw the Union forces march from Atlanta to Savannah, Georgia, wreaking havoc on the Confederate infrastructure along the way.

In the late nineteenth century, Fayetteville adopted state laws that imposed racial segregation, despite the fact that these laws blatantly violated the constitutional rights of its black residents. This state constitution effectively disenfranchised black citizens, and this oppressive condition remained in place for over sixty years, denying them their basic rights and freedoms.

Also → Durham, North Carolina: A City with a History of Civil Rights Activism

7. Fayetteville - A City of Civic Engagement

Fayetteville, North Carolina has been recognized as an All American City by the National Civic League an impressive three times. This honor is bestowed upon cities that demonstrate an exemplary commitment to civic engagement, inclusivity, and collaboration. Fayetteville has proven itself to be a leader in these areas, and is a shining example of what a city can achieve when its citizens come together.

Fayetteville, Arkansas has been named the Best Performing City in America by the Milken Institute, a non-profit, non-partisan think tank. This prestigious award is based on a number of factors, including job growth, wage gains, and technology output. Fayetteville has seen a steady increase in job growth over the past few years, with wages rising faster than the national average. Additionally, the city has seen a surge in technology output, with new businesses and startups popping up in the area. This recognition is a testament to the hard work and dedication of the people of Fayetteville, and is a great example of how a city can thrive when its citizens come together.

Also → Philadelphia: The City of Brotherly Love and the Cradle of Liberty

9. A City with Convenient Public Transit

Fayetteville, Arkansas is home to two public transit utilities, providing residents with convenient access to the city's many attractions. The Ozark Regional Transit (ORT) operates a fleet of buses that travel throughout the city, while the Fayetteville Public Transit (FPT) provides a free shuttle service to the University of Arkansas campus. Both services offer a variety of routes and schedules, making it easy for locals and visitors alike to explore the city.

10. A City with a Warm Climate and Moderate Temperatures

Fayetteville is a city located in the southeastern United States that enjoys a humid climate with moderate temperatures throughout the year. The average high temperature in the summer months is around 90Â°F, while the average low temperature in the winter months is around 40Â°F. The city receives an average of 48 inches of rain per year, and the humidity levels are usually high. This makes Fayetteville an ideal place to live for those who enjoy a warm climate with moderate temperatures.

Also → Augusta, Georgia: The Birthplace of the American Revolution

Short about Fayetteville
Is the 6th largest city in North Carolina and best known as being the home of Fort Bragg of the United States Army.