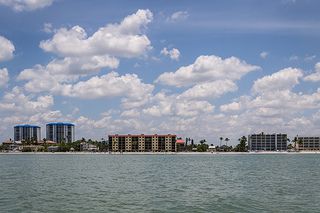 Fact 1
Cape Coral is the largest city between Tampa and Miami.

Fact 3
The city is widely known as a âWaterfront Wonderlandâ, since with over 400 miles (640 kilometers) of navigable waterways, Cape Coral has more miles of canals than any other city in the world.

Fact 5
In its early years, Cape Coral was known as a community with many retired residents.

Fact 6
Cape Coral is a large peninsula and is bordered in the south and east by the Caloosahatchee River and in the west by Matlacha Pass.

Fact 7
While the summers are very warm, humid and rainy, the winters in Cape Coral are dry with moderate temperatures.

Fact 8
The city features a sandy beach and fishing pier on the Caloosahatchee River at the public Yacht Basin & Club.

Fact 10
Cape Coral offers a variety of Gulf beaches in its immediate neighborhood, such as Sanibel Island and Fort Myers Beach. The area is known by birding enthusiasts for a wide variety of wildlife and the largest population of burrowing owls in the state of Florida.


Is an archipelago in the North Atlantic Ocean, west of Senegal, in Western Africa


Is situated east of the Fiji Islands in the South Pacific and contains active volcanic craters and coral atolls.

Short about Cape Coral
is a municipality located in Lee County, Florida, United States, on the Gulf of Mexico.