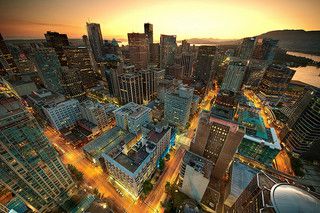 Fact 2
Vancouver is the county seat of Clark County and forms part of the Portland-Vancouver metropolitan area.

Fact 3
Vancouver shares its name with the larger city of Vancouver located 305 miles (491 kilometers) north in the Canadian province of British Columbia. Both cities were named in honor of sea captain George Vancouver, although the Canadian city was incorporated 29 years after the incorporation of Vancouver, Washington.

Fact 9
Vancouver has recently seen a revitalization of local art and cultural events.

Fact 10
Since the mid-1960s, Vancouver has hosted a Fourth of July fireworks display on the grounds of Fort Vancouver National Historic Site that draws many people to the city.


Is a Canadian American actor, producer, voice over artist and activist.


Is a Canadian actress, born in British Columbia on 21 August 1967.


is a Canadian former professional ice hockey center of the National Hockey League (NHL) and current special assistant to the president and general manager of the New York Rangers.

Short about Vancouver
is a city on the north bank of the Columbia River in the U.S. State of Washington