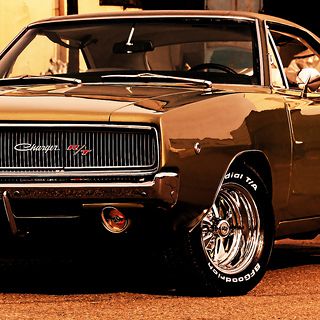 The city of Spokane, Washington, takes its name from the Spokane tribe of Native Americans, whose name translates to "Children of the Sun". The Spokane tribe has lived in the area for centuries, and their name is a testament to their reverence for the sun and its life-giving power. The Spokane tribe is part of the larger Salishan language family, which includes many other tribes in the Pacific Northwest. The Spokane tribe is known for its rich culture and traditions, including its unique language, which is still spoken by many members of the tribe today.

Founded in 1871 as Spokane Falls, the city of Spokane has been recognized twice as one of the 10 'All American Cities' - a prestigious award given to cities that demonstrate excellence in civic engagement, public-private partnerships, and overall quality of life. With its vibrant culture, diverse economy, and commitment to community, Spokane is a great place to live, work, and play.

Also → Sioux Falls: The Perfect Place to Shop and Dine

3. Spokane's Advantages for a Major Shipping and Rail Center

Spokane, located in the heart of Washington State, is a major shipping and rail center due to its strategic position between the major farming and mining areas. This advantageous location has enabled the city to become a hub for the transportation of goods and services, allowing it to thrive economically and become a major player in the region.

On June 19th, 1910, Spokane, Washington made history by hosting the very first Father's Day celebration. This momentous occasion was organized by Sonora Smart Dodd, a local resident who wanted to honor her father, a Civil War veteran who had raised six children as a single parent. The event was a success, and it soon spread across the United States, becoming an official holiday in 1972. Today, Father's Day is celebrated in countries around the world, and Spokane remains proud of its role in the holiday's origin.


5. The Lilac Festival in Spokane

Every year, Spokane, also known as the Lilac City, celebrates the coming of spring with its annual Lilac Festival. This event is a beloved tradition for locals and visitors alike, and features a variety of activities such as live music, art shows, parades, and more. The festival is a great way to experience the beauty of Spokane and its vibrant culture, and is a reminder of why this city is so aptly nicknamed the Lilac City.

Also → Santiago's Annual Festival: A Celebration of the Performing Arts

Every year, Spokane, Washington hosts the world's largest foot race, Bloomsday, which draws in over 50,000 participants. This 12K race is held on the first Sunday of May and is a beloved tradition for the city. It is a celebration of health and fitness, and runners of all ages and abilities come together to take part in the event. The course takes runners through the heart of the city, passing by iconic landmarks and providing a unique view of Spokane. Bloomsday is a beloved event that brings the community together and celebrates the city's vibrant culture.

Also → The Bakersfield Jazz Festival: A Celebration of Music and Culture

The majestic Spokane Falls, the largest urban waterfall in the United States, is located in the heart of Spokane, Washington. Spanning a width of over 500 feet and a height of over 100 feet, the falls are a breathtaking sight to behold. The Spokane River, which feeds the falls, is a popular destination for kayakers and rafters, and the surrounding area is a popular spot for picnics and outdoor activities. The falls are a major tourist attraction, drawing visitors from all over the world to experience the beauty of this natural wonder.


8. The Grand Coulee Dam: A Stunning Monument to Human ingenuity

Just ninety miles west of Spokane lies the Grand Coulee Dam, an impressive feat of engineering and one of the largest concrete structures in the world. Spanning an incredible one mile in length and standing at a towering 57 feet tall, the dam is a must-see for anyone visiting the area. It's a testament to the power of human ingenuity and a reminder of the beauty of nature.

9. The Hoopfest: A Celebration of Basketball

Every year, the city of Spokane, Washington plays host to the Hoopfest, the world's largest 3-on-3 basketball tournament. Drawing in over 7,000 teams and 225,000 spectators, the event is a celebration of basketball, featuring a variety of divisions and skill levels. With courts stretching across 45 city blocks, the tournament is a sight to behold, and a great opportunity for basketball fans to come together and enjoy the sport.

10. Spokane's popularity as a filming location

For the past two decades, Spokane has been a popular filming location for many movies, including the Academy Award-nominated "The Postman" starring Kevin Costner, the action-packed "Dante's Peak" starring Pierce Brosnan, the family-friendly "Toys" starring Robin Williams, and the recent drama "End Game" starring Anthony Mackie. With its diverse landscapes and unique architecture, Spokane has become a go-to destination for filmmakers looking to capture the perfect shot.


is the largest city in the US state of South Dakota.