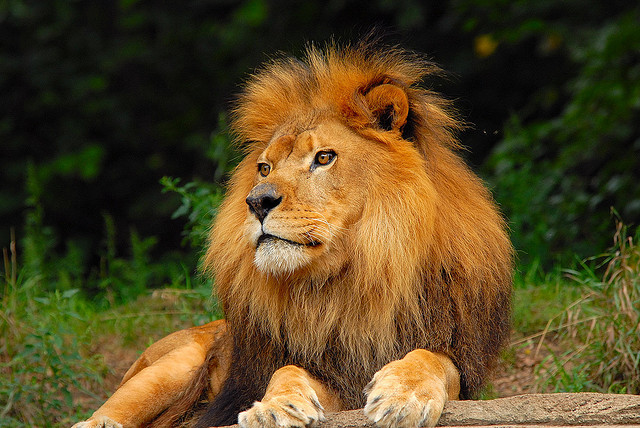 Fact 1
These âsocial catsâ live in prides or groups of 10 to 15 and are extremely protective of their young ones, called cubs.

Fact 2
A lionâs roar is loud and powerful and can be heard from a distance of nearly 8 km away.

Fact 6
The males do their share of bringing in sustenance for the pride at least 50 â 60% of the time. They hunt from dawn to dusk looking for larger prey. They dislike competition and will kill predators.


Are the fastest land animals that can reach speeds of up to 113 km/hour, running like the wind with amazing acceleration


Are large and powerful birds of prey that have been considered a symbol of power and freedom in many cultures since ancient times.


Belong to the family Giraffidae and are easily recognizable because of their tall profile and long neck.

Short about Lions
Are called the âKing of the jungleâ because of their magnificent physique and also because they display brave fighting skills.