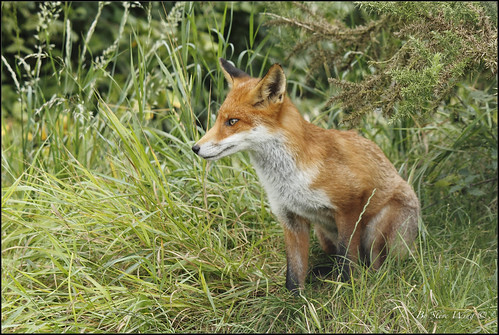 Fact 1
Foxes are carnivorous and belong to the dog family. There are about 12 different species including the white Arctic fox, red fox, sand fox, and fennec fox which is tiny with big ears.

Fact 2
The red fox is the most common of the foxes and is found around the world. They are also called âvulpesâ

Fact 3
They are solitary by nature and seldom seen in packs.

Fact 6
They have sharp muzzles and bushy tails.

Fact 7
Foxes hunt for prey at night. In the wild, they prey on small mammals like mice, birds and even insects. They are also scavengers and feed on household waste.

Fact 9
They communicate with various sounds and pitches and their high pitched sounds are very noticeable during the mating period.

Fact 10
The mating period is from December to January. The pups are born blind, deaf and cannot walk. The mother looks after them very carefully whist the father provides the food.


Are mammals with short tails and a pencil of air on the tip of the ears, belonging to the cat family, Felidae (Lynx rufus).


Are called the âKing of the jungleâ because of their magnificent physique and also because they display brave fighting skills.


Is situated east of the Fiji Islands in the South Pacific and contains active volcanic craters and coral atolls.

Short about Foxes
Are small wild canine animals that have a bushy tail and red, brown or grayish colored fur.