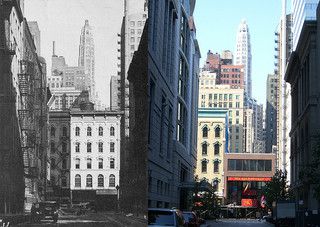 The city of Garland is home to the renowned Spring Creek Forest Preserve, a natural wonder that boasts trees that are over 300 years old and an impressive 650 plant species. This remarkable preserve is a testament to the beauty of nature, and a reminder of the importance of preserving our environment. Visitors to the preserve can explore the lush landscape and take in the sights of the ancient trees, as well as the diverse array of plants that make up the preserve's unique ecosystem.

On May 9, 1927, a devastating tornado tore through Garland, Texas, leaving a path of destruction in its wake. The storm claimed the life of S.E. Nicholson, the town's former mayor, and decimated much of the area. It wasn't until the late 1930's that businesses began to return to the town, slowly rebuilding the community.

Garland, Texas is home to the KRDL radio antenna tower, which has been operational since its construction. This tower is a prominent feature of the Dallas skyline, and is a testament to the city's commitment to broadcasting. The tower stands at a height of over 500 feet, and is visible from miles away. It is a symbol of Garland's rich history in radio broadcasting, and continues to be a source of entertainment and information for the local community.

4. The Disappointment of Garland

In 1998, the city of Garland, Texas, was thrust into the spotlight when the Chen Tao (True Way) group made a prophecy that God would appear on all North American television channels on March 31st. Unfortunately, the prophecy failed to come to fruition, leaving the city with a great deal of media attention and a sense of disappointment.


5. Resistol Hats: The Perfect Choice for Celebrities and Royalty

Resistol Hats, based in Garland, Texas, have been the go-to choice for premium hats for some of the world's most famous personalities. From Hollywood stars to international royalty, Resistol Hats have been seen on the heads of some of the most influential people in the world. Their hats are renowned for their quality craftsmanship and attention to detail, making them the perfect choice for those looking for a timeless piece of headwear.

Also → Justin Leonard: From Dallas to the PGA Tour

Garland is a vibrant green city, boasting an impressive 2,880 acres of parkland, 60 parks, and 6 recreation centers. With such a wide variety of outdoor spaces, there is something for everyone to enjoy. Whether you're looking for a place to take a leisurely stroll, have a picnic, or play a game of basketball, you'll find it in Garland. The city's parks and recreation centers provide a great way to get out and enjoy the fresh air and sunshine.

7. The Garland Landmark Museum: A Treasure Trove of History

The Garland Landmark Museum, located in the former Santa Fe depot, is a treasure trove of historical artifacts and documents, spanning from 1850 to the present day. It is a unique and fascinating place to explore the history of the city, with a wide range of items on display, from photographs and documents to artifacts from the past. Visitors can learn about the city's past and gain a deeper understanding of its development over the years.

Garland, Texas is a city with a rich sports history, having been home to some of the NFL's most renowned players. Mac Percival, a place-kicker for the NFL, Bob Boyd, an All-Pro, and Jacob Lacey, an NFL Cornerback, have all called Garland home at one point in their careers. These three athletes have achieved great success in their respective sports, and their presence in Garland is a testament to the city's commitment to excellence in sports.

Also → San Antonio: The Most Popular Destination in Texas

The city of Garland, Texas is home to the first official place name for the iconic television series Star Trek - the Star Trek Lane. This street, located in the heart of the city, is a testament to the show's enduring legacy and its impact on popular culture. The street is lined with replicas of the USS Enterprise, and is a popular destination for fans of the show, who come from all over the world to pay homage to the beloved series.

The city of Garland, Texas is well-known for being the filming location of the iconic television series Walker, Texas Ranger starring Chuck Norris. The show ran for eight seasons and featured Norris as a modern-day Texas Ranger who fought crime and protected the innocent. Garland was the perfect backdrop for the show, with its rolling hills, wide open spaces, and vibrant downtown area. The show was a huge success and remains a beloved classic to this day.