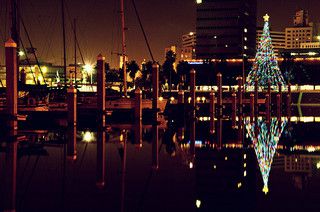 1. A Coastal City with an Impressive Shoreline

Corpus Christi is a coastal city located in Texas, boasting an impressive shoreline. The city is split almost evenly between land and water, with the water portion of the city being almost twice the size of the land portion. This makes Corpus Christi a great destination for those looking to enjoy the beauty of the ocean, with plenty of activities to do both on land and in the water.

The port of Corpus Christi, Texas is one of the largest ports in the United States, ranking fifth in size. It is a major hub for the import and export of goods, with over 200 million tons of cargo passing through its docks each year. The port is also home to a number of oil refineries, making it an important center for the energy industry. In addition, the port is a major contributor to the local economy, providing jobs and economic activity to the city and its surrounding areas.

Also → King Ranch is the Largest Ranch in the United States

Corpus Christi, Texas is a bird-watcher's paradise! With more species and populations of birds than any other American city, it's the perfect place to observe and appreciate the beauty of our feathered friends. From the majestic Bald Eagle to the colorful Roseate Spoonbill, there's something for everyone to enjoy. Whether you're a beginner or an experienced birder, you'll find plenty of opportunities to observe and learn about the many species of birds that call Corpus Christi home.

Also → A Rare and Special Snowfall in Brownsville, Texas

The city of Corpus Christi is a bustling hub of activity, with many of its inhabitants employed in the tourist industry. This is in stark contrast to the majority of the surrounding area, where the primary industry is agriculture. For those living in the area, the tourist industry provides a welcome alternative to the traditional agricultural jobs, offering a variety of exciting and rewarding opportunities.


5. The House That Was Used as a Confederate Hospital

The city of Corpus Christi, Texas is home to a house that has a unique and fascinating history. Built in the mid-1800s, the house was once used as a Confederate hospital during the Civil War. It has been preserved and is still standing today, a reminder of the city's past and a testament to its resilience. Visitors to the house can explore its many rooms and learn more about the history of the city and the war.

6. The Changing Tides of Corpus Christi

The city of Corpus Christi has seen a dramatic shift in its landscape over the years. Once upon a time, Water Street was located right on the edge of the water, but now it lies a full block away from the current water levels. This is a testament to the changing tides of the city, and a reminder of how much the city has grown and evolved since its founding.

The Miradoras Del Mar, located in Corpus Christi, is a must-see for sightseers. These eight overlooks offer stunning views of the sea, without putting any pressure or weight on the seawall. With their free-standing design, visitors can enjoy the breathtaking scenery without worrying about the impact on the environment. Whether you're looking for a romantic spot to watch the sunset or a place to take in the beauty of the ocean, the Miradoras Del Mar is the perfect destination.


8. Corpus Christi, Texas: A City Known for its Snowfall

The King Ranch in Corpus Christi, Texas is the oldest working horse and cattle ranch in the United States. Established in 1853, the ranch has been in continuous operation for over 167 years and is now the largest ranch in the United States, spanning 825,000 acres. The ranch is home to over 35,000 cattle and over 500 horses, and is a major contributor to the local economy. It is also a popular tourist destination, offering visitors the chance to experience the ranch's rich history and culture.

Also → Amarillo, Texas: The Cattle Capital of the World

Corpus Christi, Texas is a popular destination for Texans, with over seventy percent of its visitors coming from within the state. This coastal city is known for its beautiful beaches, vibrant culture, and diverse attractions, making it a great place for a weekend getaway or a longer vacation. From the USS Lexington Museum to the Texas State Aquarium, Corpus Christi has something for everyone. Whether you're looking for a relaxing beach day or an exciting night out, Corpus Christi has it all.


An Anglican priest who was the founder of the Brownists.

Short about Corpus Christi
Is a US city in Southern Texas.