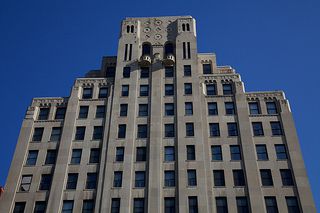 Fact 2
In the early 19th century, Cincinnati was an American boomtown in the heart of the country to rival the larger coastal cities in size and wealth.

Fact 3
It is the first major American city founded after the American Revolution.

Fact 4
Over-the-Rhine, a neighborhood just to the north of Downtown Cincinnati, boasts among the world's largest collections of Italianate architecture.

Fact 5
Cincinnati was commonly referred to as âParis of Americaâ.

Fact 6
In his poem âCatawba Wineâ, Henry Wadsworth Longfellow wrote that the city was âthe Queen of the Westâ.

Fact 7
It is the first major inland city in the country.

Fact 8
Cincinnati is sometimes thought of as the first purely American city.

Fact 9
Cincinnati is known for its large collection of historic architecture.

Fact 10
Cincinnati has been called the âChili Capital of Americaâ and âthe Worldâ because it has more chili restaurants per capita than any other city in the nation or world.


Is a big time Hollywood actor and is considered one of the most handsome men in the world.

Short about Cincinnati
is a city in and the county seat of Hamilton County, Ohio, United States