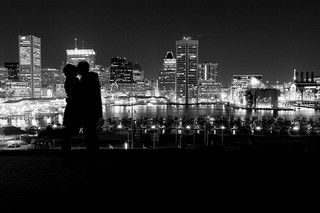 1. A City of Contrasts

The bustling city of Baltimore is an independent municipality, separate from the surrounding Baltimore County. With a population of over 620,000, Baltimore is the largest city in Maryland and the 30th most populous city in the United States. It is a vibrant and diverse city, home to a wide range of attractions, from the National Aquarium to the Inner Harbor.

Baltimore is a city with a rich history of producing some of the world's most renowned athletes. It is the hometown of Michael Phelps, the most decorated Olympian of all time, and Babe Ruth, one of the greatest baseball players of all time. Both of these icons have achieved incredible success in their respective sports, and their legacies live on in the city of Baltimore.

The city of Baltimore is home to two of the most beloved sports teams in the country: the Baltimore Ravens, the city's professional football team, and the Baltimore Orioles, the city's professional baseball team. Both teams have a long and storied history in the city, with the Ravens having won two Super Bowls and the Orioles having won three World Series titles. Baltimoreans are fiercely loyal to their teams, and the city is alive with excitement when either team is playing.

4. The Impact of Immigration on Baltimore

In the 19th century, Baltimore was a bustling port city that saw the second largest number of immigrants to America. This influx of immigrants had a major impact on the city, transforming it into a vibrant cultural hub with a diverse population. The city's population grew from just over 50,000 in 1800 to over 200,000 by the end of the century, with the majority of the growth attributed to the influx of immigrants. This influx of immigrants also had a major impact on the city's economy, with the port becoming a major hub for trade and industry. Baltimore's population and economy continued to grow throughout the 20th century, and today it is one of the most vibrant cities in the United States.


5. The Birthplace of the Railroad in the United States

The city of Baltimore is home to a piece of American history - the Baltimore and Ohio Railroad (B&O). Built in 1829, it was the first long-distance track and commercial railroad in the United States, and the first passenger station was also located here. This pioneering railroad was the birthplace of the railroad in the country, and its legacy lives on today as a National Historic Landmark.

6. The Legend of Johnny Unitas

The Baltimore Colts, now known as the Indianapolis Colts, were once home to the legendary Johnny Unitas, widely considered to be the greatest quarterback in NFL history. During his 17-season tenure with the Colts, Unitas helped the team to numerous victories, cementing his legacy as one of the greatest players of all time.

Also → Ray Lewis: The Greatest Defensive Player of All Time

The National Aquarium in Baltimore's Inner Harbor is a popular destination for visitors, with its thousands of varieties of marine species and mesmerizing jellyfish exhibit. Every week, the aquarium draws huge crowds of people eager to experience the beauty of the jellyfish and the other aquatic life. With its convenient location in the Inner Harbor, the National Aquarium is a must-see for anyone visiting Baltimore.


8. Mary Young Pickersgill: The Woman Who Sewed the Star-Spangled Banner

9. "Baltimore's Basilica: A Shrine to the Blessed Virgin Mary"

Baltimore is home to the Basilica of the National Shrine of the Assumption of the Blessed Virgin Mary, the first Roman Catholic Church in the United States. Built in 1821, the basilica is a stunning example of neoclassical architecture, featuring a grand dome, two bell towers, and a marble altar. The basilica is a National Historic Landmark and is listed on the National Register of Historic Places, making it a must-see for visitors to Baltimore.

10. The Birthplace of the Star-Spangled Banner

On the outskirts of Baltimore, Francis Scott Key penned the iconic "Star Spangled Banner" during the War of 1812. This song has since become the national anthem of the United States, and is a symbol of the country's resilience and patriotism. Key wrote the song after witnessing the British bombardment of Fort McHenry in Baltimore Harbor, which inspired him to write the lyrics that would later become the national anthem. The city of Baltimore is proud to be the birthplace of such an important and beloved song.

Also → The Belle of Louisville: A Historic Steamboat That Is Still in Service


Is a state located on the eastern shoreline of the United States of America.

Short about Baltimore
Is the largest city in Maryland, the countryâs 24th largest city and is located in the central part of the state.