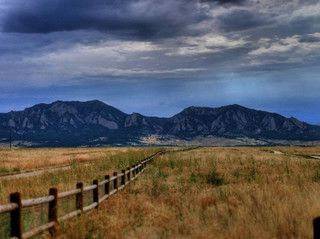 1. The Hot Brown: A Local Delicacy from Louisville

The city of Louisville is home to a unique and delicious local delicacy - The Hot Brown. This open-faced sandwich, which originated at The Brown Hotel, is made with turkey and bacon, and topped with a creamy cheese sauce. It's a favorite among locals and visitors alike, and is a must-try for anyone visiting Louisville.


2. The Birthplace of the Louisville Slugger

Louisville is the proud birthplace of the iconic Louisville Slugger baseball bat, which was crafted in 1884 by Andrew "Bud" Hillerich in his father's woodworking shop. The brand "Louisville Slugger" was first used in 1893, and since then the bat has become a symbol of excellence in the sport of baseball. It is a testament to the city's rich history and its commitment to producing quality products.

3. The Birthplace of the Cheeseburger

Kaelin's Restaurant in Louisville, Kentucky is the birthplace of the beloved cheeseburger. In 1934, Margaret Kaelin, the restaurant's owner, was asked by her husband to put a slice of American cheese on a hamburger. This simple request sparked a culinary revolution, and the cheeseburger has since become a staple of American cuisine. Kaelin's Restaurant is still open today, serving up the same delicious cheeseburgers that made them famous over 80 years ago.

4. 60 Tons of Fireworks: The Spectacular Thunder Over Louisville

Every year, the city of Louisville puts on an incredible show of pyrotechnics for Thunder Over Louisville, the largest annual fireworks display in North America. This spectacular event requires an impressive 60 tons of firework shells to create the dazzling display of lights and colors that captivate the audience. The show is a beloved tradition for many in the city, and it's no wonder why - with such an impressive display of fireworks, it's sure to be a night to remember.


5. Birthplace of "Happy Birthday to You"

In 1893, the world-famous song "Happy Birthday to You" was written by sisters Mildred and Patty Hill in their kindergarten class in Louisville, Kentucky. The song has since become a staple of birthday celebrations around the world, and is one of the most recognizable songs in the English language. Louisville is proud to be the birthplace of this beloved tune, and it continues to be a source of pride for the city.

6. The Belle of A Historic Steamboat That Is Still in Service

The Belle of Louisville is a historic steamboat that has been in operation since 1914, making it the oldest Mississippi-style sternwheeler still in service today. Located in Louisville, Kentucky, the Belle of Louisville is a beloved local landmark and a popular tourist attraction. The steamboat is a National Historic Landmark and is listed on the National Register of Historic Places. It is a reminder of the city's rich history and a symbol of its vibrant culture.

7. Babe Ruth's Louisville Slugger: A Tribute to the Legend

The city of Louisville is home to an impressive replica of Babe Ruth's 34-inch Louisville Slugger bat, standing 120 feet tall and weighing an incredible 68,000 pounds. This colossal structure is made of steel and is a tribute to the legendary baseball player. It is a must-see for any visitor to the city and a reminder of the great legacy of Babe Ruth.


8. The Rose of the Kentucky Derby

The Kentucky Derby, held annually in Louisville, is one of the most iconic horse races in the world. Every year, the winner of the race is presented with a garland of 554 roses, a tradition that has been in place since 1896. The roses are grown in the greenhouses of the Jack F. Robinson Company in Louisville, and are shipped to Churchill Downs, the home of the Kentucky Derby, the day before the race.

Louisville, Kentucky is home to a remarkable piece of history - the first public library in the United States to serve African Americans. Established in 1876, the Louisville Free Public Library was the first library in the country to provide access to books and other resources to African Americans, who had previously been denied access to public libraries. This groundbreaking library was a major step forward in the fight for civil rights and equality, and it continues to serve the Louisville community today.


A hypersensitivity disorder of the immune system.


is a retired American professional basketball player for the NBA, and currently the Assistant Genera

Short about Louisville
is the largest city in Kentucky, and the county seat of Jefferson County.