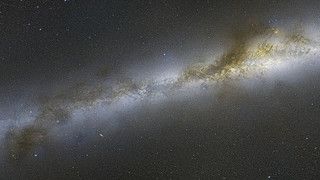 Fact 2
He played a vital role in founding the field of extragalactic astronomy and is usually regarded as one of the most significant observational cosmologists of the 20th century.

Fact 3
Hubble is recognized for demonstrating that the recessional velocity of a galaxy rises with its distance from the earth, suggesting the universe is growing and this is known as "Hubble's lawâ.

Fact 4
Hubble is also acknowledged for offering substantial proof that many previously known "nebulae" were actually galaxies beyond the Milky Way.

Fact 5
Hubble sustained the Doppler shift explanation of the observed redshift that had been suggested earlier by Slipher and that led to the theory of the metric expansion of space.

Fact 6
On March 6 2008, the US Postal Service announced a 41 cent stamp honoring Hubble on a sheet called "American Scientists".

Fact 8
He won the Bruce Medal, the Franklin Medal and the Gold Medal of the Royal Astronomical Society for his work. He also got the Legion of Merit for exceptional contribution to ballistics research in 1946.

Fact 9
The Orbiting Hubble Space Telescope, Asteroid 2069 Hubble and the crater Hubble on the Moon are named after him.


is an African-American inventor, physicist, and space scientist


Was an English biochemist recognized as the father of British biochemistry for his invaluable contribution to this field.


is the void that exists between celestial bodies, including the Earth.


is an English physicist and former musician, a Royal Society University Research Fellow, PPARC Advanced Fellow at the University of Manchester

Short about Edwin Hubble
Was an American astronomer.