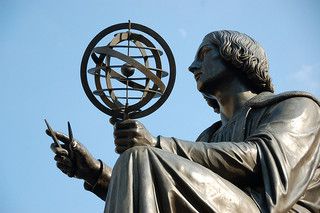 Fact 1
It is believed that Copernicusâ family origins lay in the village of Koperniki in Silesia and that his family name was inspired by the name of his village.

Fact 2
There has always been a debate about the way Nicolaus Copernicus spelt his last name. He changed his last name to Coppernic while he was in college and that was how he spelt it for a larger part of his life.

Fact 3
Nicolaus Copernicus is sometimes referred to as the father of modern astronomy. This was attributed to the fact that he invented the heliocentric theory. This theory placed the Sun, and not the earth at the centre of what we now know is the solar system.

Fact 4
In the 1500âs he wrote the âGreshamâs Lawâ. This was instrumental in bringing monetary reform to Prussia and Poland.

Fact 5
In the Polish-Teutonic war that was fought from 1519-1521, Nicolaus led the Royal Polish defense forces of Warmid and Olsztyn.

Fact 6
Copernicus was a very dynamic individual. He was a Catholic churchman, a physician, held a doctorate in canon law and was a jurist. He was also an economist, a diplomat, an artist, a translator, scholar, diplomat and a governor.

Fact 7
In his later life, Nicolaus Copernicus treated various different diseases after training to be a physician at the University of Padua.

Fact 8
Copernicus never married. Story has it that he never considered marriage as he was too committed to his work and believed that his dedication towards his work would wane if he got married.

Fact 9
He was multilingual and could speak Latin, Polish, German, Italian and Greek.

Fact 10
The first solid poof of the Copernicus theory came to light only in 1609 when Galileo spotted moons revolving around the planet Jupiter, through his telescope.


Is the ninth-largest country in Europe and is officially known as the Republic of Poland.


is the eighth and farthest planet from the Sun in the Solar System.


Was an Italian mathematician, physicist, philosopher and astronomer who played a prominent role in the Scientific Revolution.

Short about Nicolaus Copernicus
Was a renaissance astronomer and mathematician born in 1473.