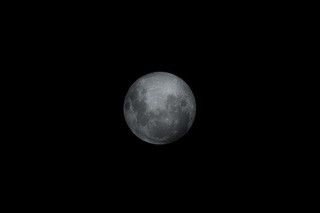 Fact 2
He started studying in Latin, Law and Philosophy, but was so intrigued by a partial eclipse of the sun on August 21, 1560 that he decided to also study astronomy.

Fact 3
At the time, Tycho Brahe did not have permission in Leipzig to study astronomy but was permitted to continue because of his accomplishments in the field.

Fact 4
In 1566 he lost part of his nose in a duel over who was the best mathematician of all time.

Fact 5
Tycho Brahe once had a complete 1% of Denmarkâs wealth and arranged big parties for his friends and family.

Fact 6
He made remarkably precise and exact astronomical observations at that time, even though there was no telescope. In1577 he spotted and recorded the Great Comet.

Fact 8
He had a penchant for alchemy and had his own personal lab in the basement of Uranaborg.

Fact 9
Tycho Brahe also has 2 craters named after him - Tycho on the Moon and Tycho Brahe on Mars.

Fact 10
His resting place id in the Church of Our Lady opposite TÃ½n in Old Town Square.


A Scottish landowner and also a mathematician, physicist and astronomer.


Was a great mathematician, physicist, engineer, inventor and astronomer whose outstanding contributions in the field of science brought about significant changes to the scientific worlds.


was a Persian polymath who wrote almost 450 works on a wide range of subjects, of which around 240 have survived


Was a German born British astronomer, technical expert and composer.


Is a mammal from the family Canidae and it has been domesticated by humans for a long time.

Short about Tycho Brahe
Was a Danish nobleman known for his precise and widespread astronomical and planetary observations.