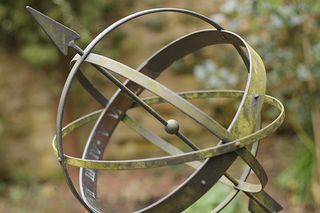 Fact 2
He went into the Military Band of Hanover like his father, before going to Britain at the age of 19.

Fact 3
He became well known for his finding of the planet Uranus and its 2 major moons Titania and Oberon. He also discovered the 2 moons of Saturn.

Fact 4
He was also the first person to notice the presence of infrared radiation.

Fact 5
He is well known for the 24 symphonies that he composed.

Fact 6
Herschel's music was an inspiration to his interest in mathematics and lenses. His curiosity for astronomy grew stronger after he met the English Astronomer Royal Nevil Maskelyne.

Fact 7
He began building his own reflecting telescopes and spent up to 16 hours a day grinding and perfecting the speculum metal primary mirrors.

Fact 8
During his career, he built more than 400 telescopes and the largest and most known was a reflecting telescope with a 49 and half inch diameter primary mirror and a 40 foot focal length.

Fact 9
Herschel learnt that unfilled telescope apertures could be used to get high angular resolution, something which became the crucial basis for interferometric imaging in astronomy.

Fact 10
Herschel used a microscope to ascertain that coral was not a plant, as it was believed at that time since it didnât have the cell walls, a characteristic found in plants.


is the seventh planet from the Sun.


Was a German-born physicist who was best known for studying and finding the diseases anthrax, tuberculosis and cholera


Was a British physiologist who is credited with having made major scientific advances in the understanding of bodily processes.