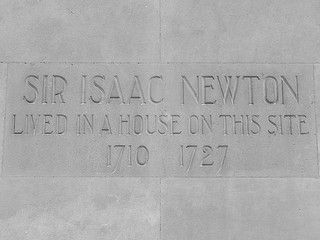 1. The Miracle of Newton's Birth

On Christmas Day in 1642, Isaac Newton was born prematurely, much to the surprise of the doctors who did not expect him to survive. Despite the odds, he defied the expectations of the medical professionals and went on to become one of the most influential scientists in history, making groundbreaking discoveries in mathematics, physics, and astronomy.

At the age of 17, Isaac Newton was forced to take on the responsibility of managing the family farm, despite coming from a farming background. Unfortunately, he was a terrible farmer and his mother's hopes of him succeeding in the field were dashed. Fortunately, Newton was able to pursue his true passion and attend Trinity College in Cambridge, where he went on to become one of the most influential scientists in history.

3. The Age of Discovery

At the tender age of 21, Isaac Newton began to make groundbreaking discoveries that would shape the world of science. By the time he was 27, he had made a plethora of discoveries, though it would be several years before they were revealed to the world. Newton's discoveries during this period of his life revolutionized the scientific community and laid the foundation for many of the theories and principles that are still used today.

Also → RenÃ© Descartes: One of the most influential mathematicians in history

4. The Man Who Made Mathematics History

At the tender age of 26, Isaac Newton was appointed as the Lucasian Professor of Mathematics at the University of Cambridge, a prestigious mathematics professorship that has been held by some of the most renowned mathematicians in history, including Charles Babbage and Stephen Hawking.

Also → The Legacy of Johannes Kepler

Isaac Newton was a man of many passions, but none more so than his passion for the bible. He devoted much of his time to studying and interpreting the bible, and even went so far as to calculate the date of Jesus Christ's crucifixion to be April 3, A.D. 33. His writings on religion far outweighed his writings on science and mathematics, showing just how devoted he was to his faith. Newton's passion for the bible was truly remarkable and his dedication to understanding it was unparalleled.

In 1668, Isaac Newton revolutionized the world of astronomy with the invention of the Newtonian telescope, the first ever functional reflecting telescope. This revolutionary device used a curved mirror to reflect light and form an image, allowing for a much more powerful magnification than the traditional refracting telescope. This invention was a major breakthrough in the field of astronomy, and it allowed for the discovery of many celestial bodies that would have otherwise gone unnoticed.

Also → The Fig Newton: A Favorite Snack of Generations

Isaac Newton was a renowned scientist and mathematician, but he also had a secret passion for alchemy. Despite the fact that it was illegal to make gold and silver, Newton kept his alchemical studies under wraps during his lifetime, likely to avoid the legal repercussions of such a crime. His alchemical works were only revealed after his death, when his papers were published in 1936.


8. A Quiet Member of Parliament

Isaac Newton, the renowned scientist and mathematician, had a brief stint as a Member of Parliament in 1689. During this time, he only spoke once - to an usher - requesting him to shut a window to prevent a draft of wind from entering the chamber. This was the only time he spoke during his year-long tenure as a Member of Parliament, a testament to his introverted nature.

Also → Prokop Divis: The Father of the Czech Enlightenment

9. The Fight Against Counterfeiting in the London Mint

In 1696, Isaac Newton was appointed the warden of the London Mint and tasked with the important mission of stamping out counterfeiting. He was successful in his efforts, introducing a series of measures to combat the problem, such as introducing new coins with a higher silver content, and introducing a system of rewards for those who reported counterfeiters. His efforts were so successful that counterfeiting was virtually eliminated in the London Mint by the end of his tenure.

10. From Bullied Student to Brilliant Scientist

As a young student, Isaac Newton was a poor performer and was even beaten up by a school bully. However, he was determined to prove himself and challenged the bully to a fight, which he won. This victory was the turning point of his life, as it spurred him to strive for excellence in academics, which he eventually achieved.


Was a 17th century German astronomer, mathematician and astrologer and a prominent figure in the sci


A French philosopher, mathematician and writer.


An English theologian and writer.


Was a British physicist.


An Irish and British physicist and engineer.


An Anglican priest who was the founder of the Brownists.


A Czech theologian and natural scientist.

Short about Isaac Newton
Was a British physicist and mathematician and one of the worldâs greatest scientists.