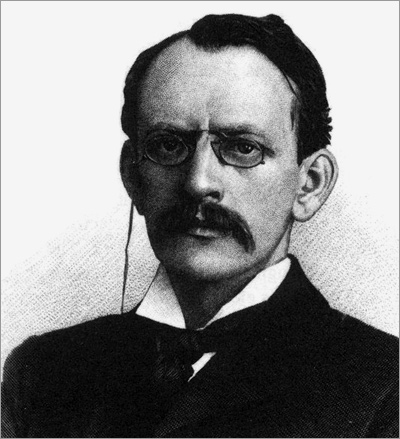 Fact 2
In 1897, Thomson exhibited that cathode rays were comprised of a previously unknown negatively charged particle, and thus is known for the discovery and identification of the electron.

Fact 3
Thomson is also recognized as the finder of the first evidence for isotopes of a stable non-radioactive element as a portion of his examination into the structure of canal rays (positive ions) and with the creation of the mass spectrometer.

Fact 4
Thomson was given the 1906 Nobel Prize in Physics for the finding of the electron and for his study on the conduction of electricity in gases.

Fact 5
In 1905 Thomson revealed the natural radioactivity of potassium and in 1906 he verified that hydrogen had only one electron per atom.

Fact 7
In 1991 the symbol âthâ was put forward in mass spectrometry as a unit to measure mass to charge ratio.

Fact 8
His separation of neon isotopes by their mass was the initial example of mass spectrometry, which was consequently enhanced and advanced into a general process by F. W. Aston and by A. J. Dempster.

Fact 9
He is buried in Westminster Abbey, close to the grave of Sir Isaac Newton.


An English physicist and brewer.


Was an English biochemist recognized as the father of British biochemistry for his invaluable contribution to this field.


A British scientist and natural philosopher.


Was a New-Zealand born chemist and physicist.


Was an American nuclear theoretical physicist and science administrator also known as the âfather of the atomic bombâ.

Short about Joseph J. Thomson
Was a British physicist.