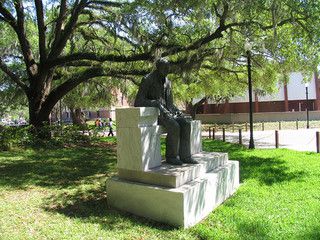 1. Dirac, one of the most influential physicists of the 20th century

Paul Dirac, one of the most influential physicists of the 20th century, was born on 8th August 1902 in Bristol, England. He made significant contributions to the development of quantum mechanics, and his work earned him the Nobel Prize in Physics in 1933. Dirac passed away on 20th October 1984, leaving behind a legacy of groundbreaking discoveries that continue to shape the field of physics today.

Paul Dirac was an enigmatic figure, whose friends described him as being highly unusual. His genius was so great that even Einstein remarked on it, noting that Dirac seemed to be a perfect balance of genius and madness. His unique character and remarkable intellect made him one of the most influential physicists of the 20th century.

In 1933, Paul Dirac and Erwin Schrodinger were jointly awarded the Nobel Prize for Physics for their groundbreaking discoveries in atomic theory. Dirac's contributions to the field of physics were further recognized in 1939 when he was awarded the Royal Medal, and in 1952 he was presented with both the Copley Medal and the Max Planck Medal. His work revolutionized the way we understand the structure of atoms and their behavior.


5. Dirac - The Father of Quantum Mechanics

Paul Dirac was a pioneering physicist who made a significant contribution to the field of electromagnetism. He proposed the concept of magnetic monopole, which is a hypothetical particle that has only one magnetic pole. This concept was intended to make the equations of electromagnetism more symmetrical, and it has been widely studied since its introduction. Dirac's work in this area has been highly influential in the development of modern physics.

7. A Pioneer in Quantum Mechanics

Paul Dirac was a pioneering physicist who made significant contributions to the development of quantum mechanics and quantum field theory. He is best known for his work on the Dirac equation, which describes the behaviour of fermions, and for his prediction of the existence of antimatter. He also developed a generalized quantum field theory with dynamical constraints, which has since become the basis of gauge and superstring theories. His work has had a lasting impact on the field of physics and has helped to shape the way we understand the universe.

Paul Dirac's 1930 publication, 'Principles of Quantum Mechanics', is a landmark in the history of science and is widely regarded as the standard textbook in the subject. The book details Dirac's groundbreaking work on quantum mechanics, which has had a profound impact on the field and has been instrumental in advancing our understanding of the universe.

9. The Dirac Equation: A Legacy of Discovery

Paul Dirac was a renowned physicist who made a number of groundbreaking discoveries, one of the most notable being the Dirac Equation. This equation describes the characteristics of fermions, and also predicted the existence of anti-matter, now known as 'God's particle'. This discovery has had a huge impact on modern physics, and has helped to shape our understanding of the universe.

The renowned physicist Paul Dirac, who passed away in 1984, was so highly esteemed by his peers that two separate organizations of physicists created annual awards in his memory. These awards serve to honor Dirac's legacy and recognize the achievements of other physicists who have made significant contributions to the field.