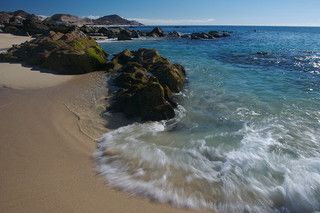 1. A City of Charm and Diversity

San Jose, California is the oldest civilian settlement in the state, having been founded in 1777 as a small farming city. Over the centuries, it has grown to become the largest city in the Bay Area and the 10th most populous city in the United States. Despite its growth, San Jose has managed to retain its small-town charm, with its historic buildings, vibrant culture, and diverse population. It is a city that has something for everyone, from its world-class museums and art galleries to its bustling nightlife and outdoor activities.

Also → Fremont: A City of Diversity


2. The City of Silicon Valley

San Jose, California is a bustling city with a rich history. It was the state's capital before Sacramento, and is now the third largest city in California and the tenth largest in the United States. It is also the largest city in the Silicon Valley, the world-renowned hub of technology and innovation. San Jose is a vibrant city with a diverse population, and its economy is driven by the tech industry, making it a major player in the global economy.

San Jose is a city of innovation and prosperity. It is America's leading patent generation city, with more patents granted than any other city in the country. This is indicative of the city's thriving economy, which is further evidenced by its highest-in-the-nation median household income. San Jose is a city of opportunity, where hard work and creativity are rewarded.

4. A City of Education

San Jose is a city of highly educated individuals, with over half of its adult population boasting a college degree. This is indicative of the city's commitment to education, with a variety of universities and colleges located in the area, such as San Jose State University, Santa Clara University, and Stanford University. The city also offers a variety of educational programs and initiatives, such as the San Jose Public Library, which provides free access to books, magazines, and other resources. With such a strong emphasis on education, it's no wonder San Jose is a thriving and vibrant city.


5. The Most Comprehensive University in Silicon Valley

San Jose is home to Silicon Valley's largest higher-learning institution, San Jose State University (SJSU). With over 30,000 students and more than 4,000 employees, SJSU is a major hub of education and research in the region. It offers over 145 bachelor's and master's degree programs, as well as a variety of certificate and credential programs, making it one of the most comprehensive universities in the area.

San Jose, the vibrant capital of Costa Rica, is home to a plethora of Spanish language schools, making it the perfect destination for those looking to learn the language. The city is also home to the Dr. Martin Luther King Library, located on the San Jose State University campus. This library is the largest public library west of the Mississippi River, and is a great resource for students and locals alike.

San Jose is a city of many distinctions. Not only is it the Capital City of the Silicon Valley, but it is also one of the safest big cities in the United States. According to a recent survey, San Jose ranks in the top third of all major cities in terms of safety. This is a testament to the city's commitment to providing a safe and secure environment for its citizens and visitors alike. With its vibrant culture, diverse population, and booming economy, San Jose is a great place to live, work, and play.

San Jose is a leader in environmental sustainability, having pioneered numerous commonplace environmental activities and being the biggest recycler amongst the county's largest cities. The city has implemented a number of initiatives to reduce waste, including curbside recycling, composting, and hazardous waste collection. San Jose also has a number of green building projects, such as the San Jose Green Vision, which encourages the use of renewable energy sources and energy efficiency. Additionally, the city has implemented a number of programs to promote water conservation, such as the Water Conservation Program, which provides incentives for residents to reduce their water usage.

9. The City of Technology

San Jose is a city like no other - it is home to an incredible 6,600 technology companies, making it the most concentrated technology expertise area in the world. This means that the city is a hub for innovation, with a vast array of tech companies ranging from start-ups to established giants. It is a place where ideas are born, and where the future of technology is being shaped. With such a concentration of tech expertise, San Jose is a city that is sure to remain at the forefront of the tech industry for years to come.

10. The City of San Jose in Costa Rica: A Hidden Gem on the Movie Scene

The 1993 blockbuster movie "Jurassic Park" featured a scene set in the landlocked capital city of San Jose, Costa Rica. Despite the fact that the city has no beaches, it was chosen as the setting for one of the very first scenes in the movie. This is an interesting fact, as it shows that the filmmakers were willing to look beyond the traditional beach setting for their movie.

Also → San Antonio: A City on the Rise

Short about San Jose
Is situated at the Southern tip of San Francisco Bay. It is Silicon Valleyâs largest city and at one point in history was a base for Spanish military installations.