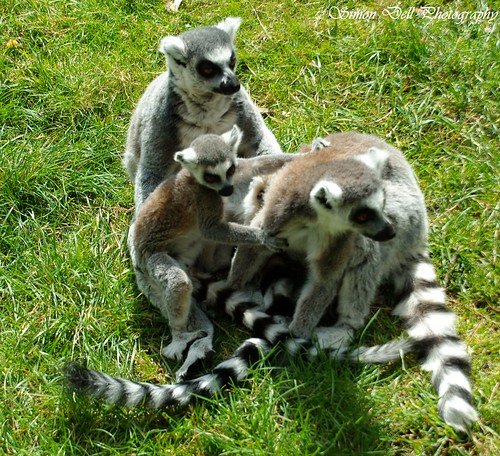 Fact 1
Their name is derived from the Latin word âlemuresâ, which means âhaunterâ or spirits of the night.â

Fact 2
Lemurs are nocturnal primates and dwell in trees. They are found in the Madagascar and Comoro islands off the African coast.

Fact 3
They are social by nature and move in groups or âtroups.â Within each troup, the male and female hierarchies are defined clearly.

Fact 4
These animals have pointed long noses which enable them to possess a keen sense of smell. They use their nose and their bushy tail to communicate.

Fact 5
There are numerous species of lemurs and the colors vary from black, gray to reddish brown.

Fact 6
Lemurs swing from one to another and this movement is known as brachiating. They move on narrow branches and can balance, cross gaps and move up or down inclines. This movement is referred to as âarborealâ.

Fact 9
Their diet consists of ferns, grass, flowers, fruits and tree leaves. Though they are predominantly vegetarian, lemurs may occasionally eat insects and small vertebrates.

Fact 10
The biggest lemurs are the âDiademed Sifakaâ and the âIndriâ which weigh nearly 15 lbs and the smallest are the pygmy mouse lemur which only weighs an ounce.


Are small arboreal mammals related to weasels, skunks and raccoons and belonging to the Ailuridae family.