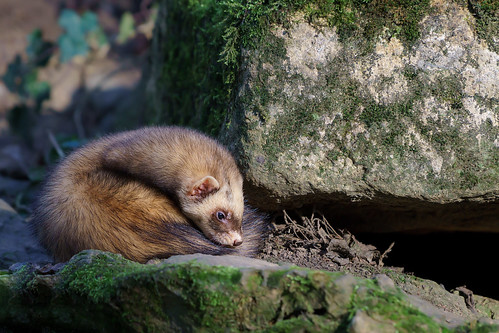 Fact 3
Ferrets have likely been domesticated for at least 2,500 years.

Fact 4
They are still used for hunting rabbits in some parts of the world today, but increasingly they are kept simply as pets.

Fact 5
A new born baby ferret can fit in the palm of a 2-year old child.

Fact 6
Ferrets have weak vision, but their senses of smell and hearing are strong.

Fact 7
The third most popular pet in the United States is the ferret. There are estimated 8-10 million pet ferrets in the US.

Fact 8
Ferrets were used on ships to hunt rats and control their population.

Fact 9
Ferrets love to play and are very entertaining to watch.

Fact 10
Ferrets sleep a lot, usually about 18 hours a day. They are typically active at dawn and at dusk but most ferrets will adapt their sleeping and active times to fit their owner's schedule.


Rats are various medium-sized, long-tailed rodents of the superfamily Muroidea.


Is a small mammal that is valued by humans for its companionship and its ability to hunt vermin and household pests.


A state of rest, which occurs in many animals, and humans.


was an American football executive.


Is a mammal from the family Canidae and it has been domesticated by humans for a long time.

Short about Ferrets
is the domesticated form of the European Polecat.