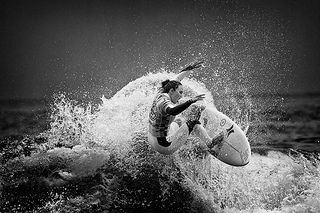 1. The Second Most populous City in the United States

Los Angeles is the second-most populous city in the United States, with a population of over 4 million people, trailing only New York City, which has a population of over 8 million. As the second-largest city in the country, Los Angeles is a major cultural, financial, and commercial hub, with a wide variety of attractions, activities, and entertainment options. From its iconic Hollywood sign to its world-famous beaches, Los Angeles is a vibrant and exciting city that draws millions of visitors each year.


2. A City of Dreams and Aspirations

Los Angeles, the sprawling metropolis of Southern California, is known by many names. It is affectionately referred to as the âCity of Angelsâ, âAngeltownâ, âLalalandâ, and âTinseltownâ, all of which reflect the city's unique character and culture. From its iconic Hollywood sign to its vibrant nightlife, Los Angeles is a city of dreams and aspirations, and its many nicknames capture the spirit of the city.

3. A Vibrant City of Endless Possibilities

Los Angeles is a vibrant city, home to millions of Angelenos. This nickname is derived from the city's name, and is used to refer to the people who live in the city. Angelenos are known for their diverse backgrounds, and the city is a melting pot of cultures, languages, and lifestyles. From the beaches of Santa Monica to the Hollywood Hills, Los Angeles is a city of endless possibilities and opportunities.

Also → Modesto: A City of Diversity and Commerce

4. The Founding of Los Angeles

On September 4, 1781, the city of Los Angeles was founded by Spanish governor Felipe de Neve. This marked the beginning of a new era for the area, as it was the first city in the region to be founded by Europeans. Governor de Neve was appointed by King Carlos III of Spain to lead the expedition, and he chose the location of the city based on its proximity to the Los Angeles River and the Pacific Ocean. The city has since grown to become the second-largest in the United States, with a population of over four million people.

In 1848, the Treaty of Guadalupe Hidalgo marked the end of the Mexican-American War and the beginning of a new era for Los Angeles and the rest of California. As part of the treaty, the region was officially purchased by the United States, making it an integral part of the nation. This momentous event marked the start of a new chapter in the history of Los Angeles, and the city has since grown to become one of the most iconic and influential cities in the world.

Los Angeles is a major global city, ranked sixth in the Global Cities Index and ninth in the Global Economic Power Index. This ranking reflects the city's strong economic and cultural influence, with a GDP of over $700 billion and a population of over 4 million people. Los Angeles is home to a diverse range of industries, including entertainment, technology, finance, and manufacturing, and is a major hub for international trade. It is also a popular tourist destination, with attractions such as the Hollywood Walk of Fame, Universal Studios, and the Santa Monica Pier.

7. The City of Entertainment

Los Angeles is a city of entertainment, with Hollywood at its heart. It is the world leader in the production of television shows, video games, and recorded music, and is also one of the top cities for motion picture production. With its vibrant culture and diverse population, Los Angeles is a hub for creativity and innovation, and its influence on the entertainment industry is undeniable.


8. The City That Hosted the Olympics Twice

9. The Creative Capital of the World

Los Angeles is a city of creativity and innovation, often referred to as the "Creative Capital of the World." This is because an impressive one in every six of its residents works in a creative industry, such as film, television, music, fashion, art, design, and more. This vibrant city is home to some of the world's most influential and inspiring creative minds, making it a hub for creativity and innovation.

Los Angeles is the home of Hollywood, the world-famous epicenter of the motion picture industry. It is here that some of the most iconic films of all time have been made, from classic black-and-white movies to modern blockbusters. The city is also home to some of the most influential people in the entertainment industry, from actors and directors to producers and writers. Los Angeles is a city that has been shaped by the film industry, and it continues to be a major player in the global entertainment industry.


is the seventh largest city in Los Angeles County, California.

Short about Los Angeles
is the most populous city in the U.S. state of California