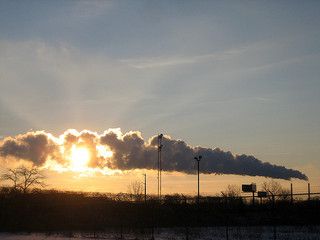 In 1852, Joliet was officially reincorporated as a city, marking a new era of growth and development for the area. This reincorporation allowed the city to expand its boundaries and create new opportunities for its citizens. With the new city limits, Joliet was able to attract new businesses, build new infrastructure, and create a vibrant and diverse community. The city has since grown to become a major hub for commerce, culture, and entertainment in the region.


2. Joliet, Illinois: The City of Champions

Joliet, Illinois is known as the "City of Champions" due to the incredible success of its high school and grade school bands, as well as the Joliet American Legion Band. These groups have won numerous state and national titles over the years, cementing Joliet's reputation as a city of champions. From marching bands to jazz ensembles, the musical talent of Joliet is undeniable and has been recognized on a national level.

Also → Aurora, Illinois: The Movie Capital of the World

Joliet Junior College is a historic institution, as it is the first public community college in the United States. Founded in 1901, the college has been providing quality education to students for over a century. It is located in Joliet, Illinois, and offers a wide range of courses, from associate degrees to certificate programs. The college also provides a variety of services to its students, such as career counseling, tutoring, and financial aid. With its long history and commitment to providing quality education, Joliet Junior College is a great choice for anyone looking to further their education.

The city of Joliet is home to some of the most stunning examples of Romanesque, Gothic, Byzantine, and Renaissance architecture, thanks to its many houses of worship. These places of worship have enriched the area, providing a unique and beautiful backdrop to the city. From the intricate details of the Romanesque style to the grandeur of the Gothic, the ornate beauty of the Byzantine, and the elegance of the Renaissance, these churches and other religious buildings have become an integral part of the Joliet landscape.


5. Joliet, Illinois: The City Named After a French Canadian Explorer

The city of Joliet, Illinois, was named after the French Canadian explorer Louis Jolliet. In 1673, Jolliet and Father Jacques Marquette paddled up the Des Plaines River and camped on a large mound, located a few miles south of the present-day city. This is believed to be the origin of the city's name, which is thought to be a corruption of Jolliet's name.

6. Joliet's City Center - A bustling hub of entertainment and fun

Joliet's City Center is a bustling hub of entertainment and fun, with Harrah's Casino, the Joliet Slammers baseball team's Silver Cross Field, Hollywood Casino (formerly Argosy Empress Casino), and the historic Rialto Square Theatre all located within the city limits. Harrah's Casino offers a variety of gaming options, while Silver Cross Field is the home of the Joliet Slammers, a professional baseball team. Hollywood Casino, formerly the Argosy Empress Casino, is a great place to try your luck, and the Rialto Square Theatre is a beautiful venue for concerts, plays, and other events. With so much to do, Joliet's City Center is the perfect place to spend a day or night.

The Rialto Square Theatre, located in Joliet, Illinois, is a stunningly beautiful venue that has been dubbed the "Jewel of Joliet" and is widely considered to be one of the ten most beautiful theaters in the world. Built in 1926, the theater is a stunning example of the Italian Renaissance Revival style of architecture, featuring a grand lobby, ornate plasterwork, and a majestic auditorium with a seating capacity of over 2,500. The theater has been host to a variety of events, including concerts, plays, and films, and is a beloved landmark in the city of Joliet.

The 1999 film âStir of Echoesâ starring Kevin Bacon had scenes shot on location in Joliet, Illinois at the historic Rialto Square Theatre. This iconic theatre, built in 1926, has been featured in many films, including John Goodman's âBaltoâ, which used the lobby of the theatre for filming. The Rialto Square Theatre is a popular destination for movie-goers and filmmakers alike, and its grandeur and beauty have been captured on the big screen for years.

9. The Sting: The Classic Film About a Con Artist

The 1973 Academy Award-winning film âThe Stingâ tells the story of Johnny Hooker, a con artist from Joliet, Illinois. The film begins in Joliet, where Hooker is trying to avenge the death of his partner, Luther Coleman, who was killed by a mob boss. The movie follows Hooker as he teams up with an experienced con man, Henry Gondorff, to take down the mob boss and his criminal organization. The film was a critical and commercial success, winning seven Academy Awards, including Best Picture.

10. Joliet Jake: The Story of a Famous Nickname

John Belushi's character Jake Blues in the classic comedy The Blues Brothers was famously nicknamed "Joliet Jake" due to his time spent in the now defunct Joliet Correctional Center. The prison, which was located in Joliet, Illinois, was closed in 2002 after more than 150 years of operation. Jake Blues' time spent in the prison was a major plot point in the movie, and the nickname "Joliet Jake" has since become a part of pop culture.

Short about Joliet
is a city in Will and Kendall counties in the US state of Illinois.