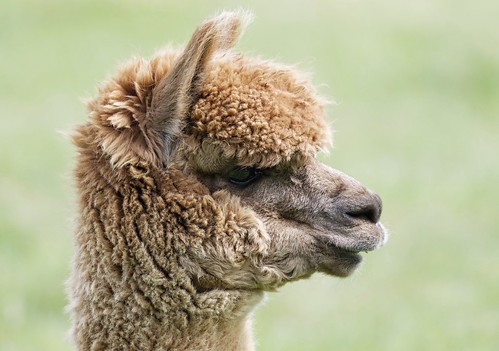 1. A domesticated species of camelid

Alpacas are a domesticated species of South American camelid, closely related to the llama. They have a similar appearance to their larger relative, with a stout body, long neck, and short legs. Alpacas are typically smaller than llamas, with a more delicate frame and a wooly coat of fur. They come in a variety of colors, including white, brown, gray, and black.


2. The Softest Fleece in the World

Alpacas are a species of South American camelid, native to countries such as Peru, northern Bolivia, Ecuador and Chile. These animals have been domesticated for thousands of years, and are known for their luxurious, soft fleece which is used to make clothing and other textiles. Alpacas are also used for their meat, hides, and as pack animals. They are highly social animals, and live in herds of up to 200 individuals. Alpacas are an important part of the culture and economy of the countries in which they are native, and are a symbol of the Andean region.

Also → The Softest Skin in the Animal Kingdom

3. Alpacas come in a variety of colors

Alpacas come in a variety of colors, ranging from black, white, brown, and gray. Each color has its own unique characteristics, with black alpacas having a glossy sheen, white alpacas having a bright, clean look, brown alpacas having a warm, earthy hue, and gray alpacas having a subtle, sophisticated appearance. No matter the color, alpacas are sure to bring a touch of beauty and elegance to any setting.

Also → Domestic Yaks are Highly Valued for Their Many Uses

4. Alpaca Wool is Highly Sought After for Its Water-Repellent Properties

Alpacas are known for their luxurious wool, which is highly sought after for its water-repellent properties. This wool is used to make a variety of garments, such as coats, sweaters, and blankets, that are both warm and stylish. The wool is also lightweight and breathable, making it an ideal choice for outdoor activities. Alpaca wool is also known for its durability, making it a great investment for those looking for long-lasting clothing.


5. The Softest and Warmest Fiber

Alpacas are a domesticated species of South American camelid, bred specifically for their luxurious fiber. This fiber is highly sought after for its softness and warmth, making it an ideal material for creating knitted and woven items such as sweaters, hats, scarves, and blankets. It is often compared to wool in terms of its quality and texture, but is much lighter and warmer. Alpaca fiber is also hypoallergenic, making it a great choice for those with sensitive skin.

Also → The Hinny: A Hybrid Animal with Unique Characteristics

6. The Gentle, Curious Creatures of the Andes

Alpacas are gentle, curious creatures that are native to the Andes Mountains in South America. They are herbivores, meaning they feed mainly on hay, grass, and ferns. Alpacas have four stomachs, allowing them to digest their food more efficiently and extract the most nutrients from their diet. They are also able to survive in harsh climates, making them a hardy species.

Also → Ferrets: The Intelligent Pet That's Been Around for 2,500 Years

7. The Intelligent and Trainable Animal

For thousands of years, alpacas have been domesticated and are renowned for their intelligence and trainability. They are highly responsive to commands and can be taught to walk on a lead, come when called, and even perform tricks. Alpacas are also known for their gentle nature, making them a great companion animal.


8. Alpaca Fur is Durable and Soft

Alpacas are known for their luxurious and soft fur, but did you know that their fiber is also flame- and water-resistant? This makes alpaca fur an ideal material for clothing and other items that need to be able to withstand extreme temperatures and moisture. Not only is alpaca fur incredibly soft and comfortable, but it is also incredibly durable and can last for years with proper care.

9. Huarizo A Hybrid Animal With a Luxurious Coat

Alpacas and llamas have the unique ability to cross-breed, creating a hybrid offspring known as a huarizo. These animals are highly valued for their longer fleece, which is a combination of the alpaca's soft, luxurious wool and the llama's coarser, thicker coat. The huarizo is a popular choice for those looking for a hardy animal with a luxurious coat.

Also → The Life of a Cat: A Long and Happy Life

10. Alpacas are Intelligent and Trainable Pets

Alpacas are known for their intelligence and trainability, and some have even been successfully house-trained! This is due to their natural predisposition for using a dung pile, which makes them easier to train than other animals. With the right guidance and patience, alpacas can be taught to use a designated area for their waste, making them a great pet for those looking for a unique and intelligent companion.

Also → Manatees: The Gentle Giants of the Sea


is a large cattle that is the domesticated form of the gaur or Indian bison.


is the domesticated form of the European Polecat.

Short about Alpacas
is a domesticated species of South American camelid.