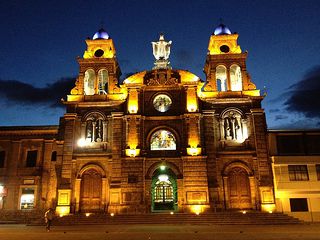 
2. Ecuador's Sucre: A History of a Currency

Prior to its adoption of the US Dollar, Ecuador used the Sucre as its currency. Named after the country's independence hero, Antonio JosÃ© de Sucre, the Sucre was introduced in 1884 and was used until 2000, when it was replaced by the US Dollar. The Sucre was divided into 100 centavos and was issued in both coins and banknotes.

Ecuador is a country with a diverse economy, with its main industries being petroleum, food processing and textiles. Petroleum is a major contributor to the country's economy, with the oil and gas industry providing a significant portion of the country's GDP. Food processing is also a major industry, with Ecuador producing a variety of products such as coffee, cocoa, sugar, and bananas. Textiles are also a major industry, with the country producing a variety of fabrics and garments for both domestic and international markets. These industries are key to Ecuador's economic growth and development, and are essential to the country's continued success.

4. The Flag of A Vibrant Display of Diversity

The flag of Ecuador is a vibrant display of the country's diversity, with its three colors representing the sky, the sea, and the blood of those who fought for independence. The yellow symbolizes the diversity of the nation, the blue stands for the sky and the sea, and the red is a tribute to the brave individuals who fought for Ecuador's freedom. Together, these three colors create a powerful symbol of the country's history and culture.

Also → Peru: A Country of Natural Beauty and Cultural Diversity


5. Ecuador's Volcanoes: A Land of Wonder

Ecuador is home to an impressive number of volcanoes, both active and inactive. In fact, the country is home to some of the world's most active volcanoes, such as Cotopaxi, Tungurahua, and Sangay. In addition, there are numerous inactive volcanoes, including Chimborazo, Carihuairazo, and Altar. These volcanoes are a testament to the country's geological history and provide a unique and breathtaking landscape.

In 2008, Ecuador made history by becoming the first nation to recognize nature's rights in its constitution. This groundbreaking decision granted nature the right to exist, regenerate, and be restored, and also recognized the rights of nature's ecosystems to flourish and evolve. This monumental move was a major step forward in the fight for environmental protection and sustainability, and has since been adopted by other countries around the world.

7. The Many Languages of Ecuador

In Ecuador, Spanish is the official language, but there are also several native languages spoken by the indigenous population. These include Quichua, Shuar, and Awapit, among others. These languages are still widely used in many parts of the country, particularly in rural areas, and are an important part of Ecuador's cultural heritage.

Also → Mozambique: A Country with a Diverse and Vibrant Economy


8. A Nation of Diversity

In Ecuador, the vast majority of the population (95%) is Roman Catholic, while the remaining 5% is comprised of individuals from a variety of other religious backgrounds. This includes members of Protestant denominations, as well as those who practice Judaism, Islam, and other faiths. As a result, Ecuador is a culturally and religiously diverse nation, with a wide range of beliefs and practices represented among its citizens.

The bustling city of Quito, the capital of Ecuador, is the second most populous city in the country. With a population of over 2.7 million people, it is a vibrant and diverse city, offering a wide range of cultural and recreational activities. From its colonial architecture to its modern shopping malls, Quito is a city that has something for everyone. With its close proximity to the equator, Quito also offers a unique climate, making it a great destination for travelers looking to explore the beauty of Ecuador.


The capital city of Ecuador.


Is a country located in northwestern South America,

Short about Ecuador
Is a representative democratic republic located in South America.