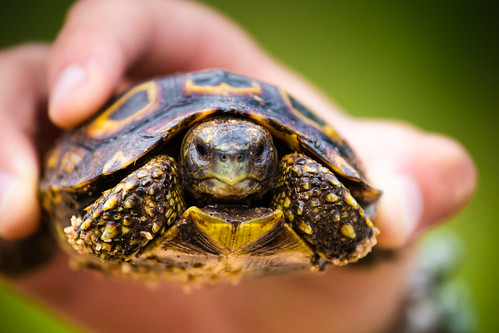 1. Turtles are one of the most widespread animals on the planet

Turtles are one of the most widespread animals on the planet, with the exception of Antarctica. They can be found on every continent, from the tropical rainforests of South America to the deserts of Africa, and even in the temperate forests of North America and Europe. They are a diverse group of reptiles, ranging from the tiny Bog Turtle to the giant Leatherback Sea Turtle, and they play an important role in the ecosystems they inhabit.

Also → Tennessee's Reelfoot Lake is home to thousands of turtles

Turtles are fascinating creatures, possessing a unique anatomy that allows them to breathe in a variety of ways. They have lungs with a 3 or 4 chambered heart, and some aquatic turtles can even absorb oxygen through their skin on their neck. This remarkable adaptation allows them to stay underwater for extended periods of time, making them well-suited to their aquatic environment.

Male turtles are known to make distinct sounds when mating, with males grunting and females hissing. This is a common behavior among turtles, and is used to attract potential mates. The sound is usually made by the male, and is used to signal his presence and availability to the female. The female will then respond with her own sound, usually a hiss, to indicate her interest in the male. This behavior is seen in many species of turtles, and is an important part of the mating process.

Turtles are truly remarkable creatures; their blood has the remarkable ability to act like antifreeze, allowing them to survive in cold temperatures. This is especially useful during hibernation, when temperatures can drop drastically. The blood of turtles is able to lower its freezing point, preventing it from freezing and allowing the turtle to survive the cold winter months.

Turtles are fascinating creatures, and they have some unique abilities. They are expert climbers, and they can sense ground vibrations, making them adept at avoiding predators. However, unlike many other animals, turtles cannot protrude their tongues from their beaks. This is because their tongues are attached to the bottom of their mouths, and they are unable to move them independently.

6. The Leatherback Sea Turtle is the Biggest and Fastest Turtle

The leatherback sea turtle is the largest of all turtle species, weighing an impressive 900 kg or more. Not only is it the biggest, but it's also one of the fastest, capable of swimming up to 35 mph. This impressive speed allows it to migrate long distances and evade predators. Leatherback sea turtles are found in tropical and subtropical oceans around the world, and are listed as a vulnerable species due to human activities such as fishing and pollution.

Turtles have an incredible ability to survive in a variety of environments, thanks to their special salt-removing glands. These glands help them to filter out the salt from the water they drink, allowing them to stay hydrated in saltwater environments. Additionally, their shells are incredibly strong and resilient, able to withstand a lot of force. Even if they do break, turtles can re-grow their bony and keratin tissue, making them even more resilient.

Turtles are surprisingly speedy creatures; some species can move so quickly that they can outrun humans! Most land turtles have five toes on each limb, which helps them to move quickly and efficiently. This is especially true for the tortoise, which is one of the fastest land turtles. With their five toes, they can reach speeds of up to 10 miles per hour, making them a formidable opponent in a race.

9. Turtles help keep each other clean with teamwork

Turtles are unique among reptiles in that they shed their skin in small flakes rather than large pieces. But that's not all - they also work together to keep each other clean! Using their jaws, they help to remove algae from another turtle's shell, and in return, they receive the same service. It's a great example of teamwork and cooperation in the animal kingdom!

Turtles are fascinating creatures, laying their eggs on land rather than in water. What's more, they can produce eggs up to four years after mating, with the temperature of the eggs determining the gender of the hatchling - male or female. The babies are affectionately known as 'sparklers', and are a sight to behold.

Short about Turtles
Are cold-blooded or ectodermic reptiles that are classified under the Order Testudines.