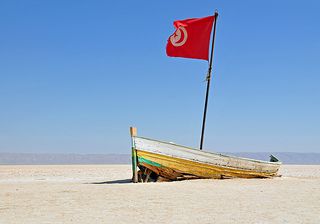 Fact 1:
The currency of Tunisia is Tunisian Dinar.

Fact 2:
The life expectancy in Tunisia is around 75 years.

Fact 3:
98 precent of the population are Muslims.

Fact 4:
The highest point in Tunisia is Jebel ech Chambi with its 1544 meters.

Fact 5:
The official language of Tunisia is Arabic, but French is also widely spoken there.

Fact 6:
More than a quarter of Tunisias population live in the capital Tunis.

Fact 7:
The word Tunisia is derived from Tunis; a city and capital of modern-day Tunisia.

Fact 8:
The Tunisian oasis at Kebili has been found to be containing evidence of Stone Age settlements.

Fact 9:
The city Kairouan is the fourth most important city in the Islamic world after Mecca, Medina and Jerusalem.

Fact 10:
The city Hammamet is Tunisia's largest tourist resort and has been attracting holidaymakers from all over Europe since the 1960s.


She is an Italian film actress known for her great beauty and superior acting talents that made her a household name in Italy.


Is a country in the Maghreb region of Northwest Africa with Algiers as its capital.

Short about Tunisia
Tunisia, is the northernmost country in Africa.