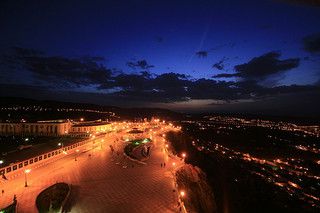 Fact 1:
Algeria is the 11th largest country in the world and the 2nd largest in Africa.

Fact 2:
Arabic is the official language of the country spoken by 80% of the population. They also speak French.

Fact 3:
The legal system in Algeria is based on French and Islamic law.

Fact 5:
Algeria is considered the country with the highest cost of living in North Africa.

Fact 6:
The first Algerian president is Ahmed Ben Bella who was elected in 1963 and served for only 2 years.

Fact 7:
The couscous is the Algerian national dish.

Fact 8:
The highest weather temperature that was ever recorded in Algeria is 60.5 celsius.

Fact 9:
The national day in Algeria is on November 1st. It's also called "Revolution Day".

Fact 10:
The currency of Algeria is the Algerian Dinar.


Is a country located in northern Africa on the Atlantic Ocean, surrounded by Algeria to the east, Morocco to the north and Mauritania to the south.


Is a country located in West Africaâs Sahara region and is surrounded by Mali, Algeria, Libya, Chad, Nigeria, Benin and Burkina Faso.


Is the world's second-largest and second most-populous continent.


Tunisia, is the northernmost country in Africa.


A country in South Asia. It is the seventh-largest country by geographical area, the second-most populous country.

Short about Algeria
Is a country in the Maghreb region of Northwest Africa with Algiers as its capital.