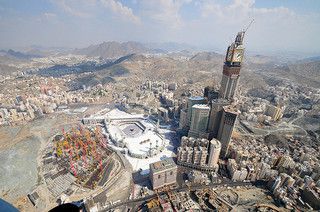 1. The Absolute Monarchy of Saudi Arabia

The government of Saudi Arabia is an absolute monarchy, with the ruling Al Saud family having held power since the nation's founding in 1932. The current monarch is King Salman bin Abdulaziz Al Saud, who has been in power since 2015. The government is based on Islamic law, with the Quran and the Sunnah of the Prophet Muhammad serving as the country's constitution. The government is divided into three branches: the executive, legislative, and judicial. The executive branch is headed by the King, who is also the Prime Minister and Commander-in-Chief of the Armed Forces. The legislative branch is composed of the Consultative Assembly, which is appointed by the King. The judicial branch is made up of the Supreme Court and other lower courts.

Saudi Arabia is an impressive leader in the production of desalinated water, producing more than any other country in the world. This is a remarkable feat, considering that the country is located in the Middle East, an area known for its arid climate and lack of freshwater resources. Desalination is a process that removes salt and other minerals from seawater, making it suitable for drinking and other uses. Saudi Arabia has invested heavily in desalination technology, and now produces more than 5 million cubic meters of desalinated water each day. This is enough to meet the needs of more than 30 million people, and is a testament to the country's commitment to providing clean, safe drinking water to its citizens.

3. The Saudi Oil Industry: A Major Player in the Global Energy Market

Also → Djibouti - Gateway to the Horn of Africa

4. The Miswak: A tooth cleaning tool with centuries of tradition

In Saudi Arabia, the Miswak, a traditional tooth cleaning tool, is derived from the root of the arak tree. This ancient practice has been used for centuries to keep teeth clean and healthy, and is still widely used today. The Miswak is known for its antibacterial properties, and is believed to help reduce plaque and prevent cavities. It is also said to help whiten teeth and freshen breath.


5. Riyadh: The Capital of Saudi Arabia

The bustling city of Riyadh is the capital of Saudi Arabia, located in the heart of the Arabian Peninsula. It is the largest city in the country, with a population of over 6 million people, and is home to the King Fahd International Airport, the largest airport in the Middle East. Riyadh is a major hub for business, finance, and culture, and is known for its modern architecture, vibrant nightlife, and diverse population.

Also → The Land of the Pharaohs

6. The Largest Arab Country in the Middle East

As the largest Arab country in the Middle East, Saudi Arabia covers an area of over 830,000 square miles, making it the 13th largest country in the world. It is bordered by seven countries, including Iraq, Jordan, Kuwait, Qatar, the United Arab Emirates, and Yemen. Saudi Arabia is home to a population of over 33 million people, with the majority of the population living in the western and central regions of the country. The capital city of Riyadh is the largest city in the country, with a population of over 7 million people.

Also → Mauritania: A Country of 12 Regions

7. The Currency of A Brief Overview

The official currency of Saudi Arabia is the Riyal, which is divided into 100 halalas. The Saudi Riyal is issued by the Saudi Arabian Monetary Authority and is available in both coins and banknotes. The coins come in denominations of 5, 10, 25, 50, and 100 halalas, while the banknotes come in denominations of 1, 5, 10, 50, 100, and 500 Riyals. The Riyal is also pegged to the US Dollar at a rate of 3.75 Riyals to 1 US Dollar.

Also → Venezuela: A bustling metropolis with a population of over 3 million


8. The City of Jeddah: The Final Resting Place of Eve

The city of Jeddah in Saudi Arabia is believed to be the final resting place of Eve, the biblical figure who is said to have been the first woman on Earth. This ancient city is home to a tomb that is thought to be the burial site of Eve, and is a popular destination for religious pilgrims from around the world. The tomb is located in the historic Al-Muallim district of Jeddah, and is a major attraction for visitors to the city. It is a place of great spiritual significance, and is a reminder of the importance of faith and the power of belief.

Saudi Arabia is a desert nation located in the Middle East, and is one of the driest countries in the world. With an average annual rainfall of just 4 inches, the country is largely arid and receives very little precipitation. This lack of rainfall has led to the development of a unique desert ecosystem, with a variety of flora and fauna adapted to the harsh environment. Despite the dry climate, Saudi Arabia is home to a number of oases, which provide a vital source of water for the country's inhabitants.

10. The Kingdom of A History of Power and Prestige

In 1926, the Kingdom of Saudi Arabia was officially established, marking the beginning of a new era for the Arabian Peninsula. The kingdom was founded by King Abdulaziz bin Saud, who had unified the region's four major states and established a powerful monarchy. Since then, Saudi Arabia has become one of the most influential countries in the Middle East, with its vast oil reserves and strategic location at the crossroads of Europe, Asia, and Africa. The country has also become a major player in international politics, with its strong ties to the United States and other Western countries.


Is a country in the Maghreb region of Northwest Africa with Algiers as its capital.


Is located in the Middle Eastern region in the Asian continent.


Is located in the âhorn of Africaâ in Eastern Africa, between Somalia and Eritrea, bordering the

Short about Saudi Arabia
Is a country located in the Middle East.