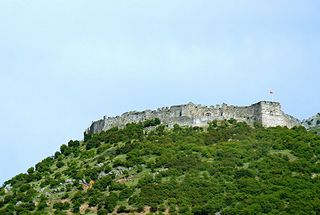 Fact 2:
The most popular sport in Albania is soccer.

Fact 3:
The official currency in Albania is the Albanian Lek.

Fact 4:
Islam is the most common religion in Albania with more than two thirds of the population practicing it.

Fact 5:
Nodding the head in Albania is a disagreement while shaking the head means "yes".

Fact 6:
The national airport of Albania is named after Mother Teresa. The full name of the the airport is Tirana International Nene Tereza.

Fact 7:
Shqiperia is Albania in Albanian language. The official name for Albania is "Republika e Shqiperise" meaning the Republic of Albania.

Fact 8:
Albania gained its independence in 1912 but was not recognized by a lot of countries till 1913.

Fact 10:
The population in Albania is estimated to be 3.5 million only.


Is a landlocked country located in south-eastern Europe bordered by Serbia to the north and east, Macedonia to the south, Montenegro to the northwest and Albania to the Southwest


Is a landlocked country situated in the southern part of the Balkan Peninsular bordered by Kosovo, Serbia, Bulgaria, Albania and Greece.


is an American television medical drama that premiered on the American Broadcasting Company (ABC) as a mid-season replacement on March 27, 2005.


Agnes Robertson Arber was a British plant morphologist and anatomist, historian of botany and philosopher of biology


Bangladesh, officially the People's Republic of Bangladesh is a sovereign state located in South Asia.


Is a country in East Africa. Lying along the Indian Ocean, at the equator.

Short about Albania
Is a country in Southeastern Europe, in the Balkans region.