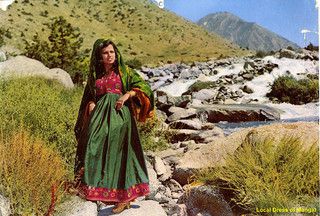 1. Nawroz: A Celebration of Life

In Afghanistan, the start of the New Year is celebrated on the first day of spring, 21 March, and is known as Nawroz. This traditional holiday is celebrated with feasts, music, and dancing, and is a time for families to come together and enjoy the start of the new season. It is a time of renewal and hope, and is a reminder of the beauty of the Afghan culture and its people.

Also → Uzbekistan: A Landlocked Country With A Rich Cultural Heritage

Kabul, the capital of Afghanistan, is the largest city in the country. It is home to an estimated 3.5 million people, making it the largest city in the country and one of the largest cities in the region. Kabul is a major cultural, political, and economic hub in the region, and is home to a variety of ethnic and religious groups. It is also a major transportation hub, with a number of international airports and highways connecting it to other parts of the country and the world. Kabul is a vibrant city, with a rich history and culture, and is a popular tourist destination.

Also → Pakistan: A Country of Many Cultures

3. A Landlocked Country in Central Asia

Afghanistan is a landlocked country located in Central Asia, bordered by six countries: Iran, Pakistan, Uzbekistan, Turkmenistan, Tajikistan, and China. With a total area of 652,230 square kilometers, Afghanistan is the 41st largest country in the world. It is a diverse country with a population of over 32 million people, representing a variety of ethnicities, languages, and religions.

Also → Tajikistan: A Country of Persians

4. The Power of Poetry in Afghanistan

For centuries, poetry has been an integral part of Afghan culture. Every Thursday night in the city of Herat, people of all ages come together to share their love of poetry. They recite verses from both classic and modern works, creating a vibrant atmosphere of appreciation and admiration for the art form. This weekly gathering is a testament to the enduring power of poetry in Afghanistan, and a reminder of the importance of preserving and celebrating the country's rich cultural heritage.


5. Why "Afghans" is the Better Name for the People of Afghanistan

6. Languages of A Tapestry of Diversity

In Afghanistan, the two official languages are Dari and Pashto, but many other languages are spoken throughout the country. These include Persian, Uzbek, Turkmen, and several others. Each language has its own unique cultural and historical significance, and together they form a rich tapestry of linguistic diversity in Afghanistan.

7. The Land of Plenty: Afghanistan's Agriculture and the Future

Afghanistan is a country that relies heavily on agriculture for its income. The nation produces a wide variety of crops, including vegetables, fruits, rice, and nuts, which are not only enough to provide for the people of Afghanistan, but also to export to other countries. This agricultural production has been a major source of income for the country, and has helped to sustain its economy.

Also → Iran, a country with a rich history and culture

Afghanistan is a country with a wealth of natural resources, particularly natural gas and oil. These resources have been a major source of income for the country, and have been used to fund infrastructure projects and other economic development initiatives. In addition, Afghanistan is home to a variety of minerals, including copper, iron ore, and lithium, which have the potential to further boost the country's economy.

9. Buzkashi: The Thrilling Sport of Afghanistan

For centuries, Afghanistan has been home to the thrilling sport of Buzkashi, or goat-grabbing. In this game, two teams of riders on horseback compete to catch a goat carcass and carry it across a goal line. It's a fast-paced and exciting game that has been played for centuries, and now even has sponsors. It's a unique and exciting way to experience the culture of Afghanistan.

Also → The Land of the Amazon: A Look at Brazil

10. Afghanistan's Independence: A Day to Remember

On August 19th, Afghanistan proudly celebrates its independence from Britain. Although Afghanistan was never part of the British Colony, the two countries went to war three times before Afghanistan declared its independence in 1919. This day marks a significant milestone in the nation's history, and is celebrated with great pride and joy throughout the country.


is a mountainous landlocked country in Central Asia.


Is a multi-cultural, multi-religious and multi-linguistic country which was declared a Federal Democ