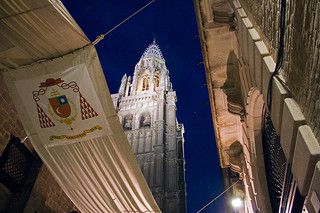 Fact 1
It has since become a city well known for its industry, particularly in glass and auto assembly, as well as for its art community, education, healthcare, and local sports teams.

Fact 3
It is also known for its nicknames âThe Glass Cityâ, âFrogtownâ and âT-Townâ.

Fact 4
The Toledo Museum of Art is an internationally acclaimed museum located in a Greek Revival building.

Fact 6
Toledo is the hometown of Corporal Maxwell Klinger in the long-running 1970s television series M*A*S*H.

Fact 7
The Kenny Rogers 1977 hit song "Lucille" was written by Hal Bynum and inspired by his trip to Toledo in 1975.


Is a female celebrity who is probably best known for being the ex-wife of Tom Cruise.


Is an American actor who has acted in several television serials and also in films.


is a retired professional football player, a hall of fame quarterback with the San Francisco 49ers and Kansas City Chiefs.


Is a very versatile film star, theater star, and television star who has appeared in over one hundred television shows and movies.


is an American professional basketball player for the Miami Heat of the National Basketball Association (NBA).


is a Swedish DJ, remixer, and record producer.

Short about Toledo
is the fourth most populous city in the U.S. state of Ohio and is the county seat of Lucas County.