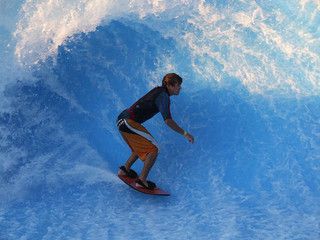 Fact 2:
George Freeth is the person who brought surfing to California.

Fact 3:
Surfing was originated by the oceanic culture island of Polynesia and was first discovered by Captain Cook in 1778.

Fact 4:
There are two types of surfing; short boarding and long boarding.

Fact 6:
Kelly Slater is the highest paid surfer. He brought in three million dollar as the ninth time world champion surfer in 2009.

Fact 7:
The first university to offer a degree in surfing is the University of Plymouth.

Fact 8:
When the waves get over the surfer, it's called "getting barreled" because you can't go neither left nor right; just straight.

Fact 10:
The longest ride ever done on a wave was 37 minutes in Pororoca.


Is a small country located in Central America.


is a winter sport that involves descending a slope that is covered with snow while standing on a board attached to a rider's feet, using a special boot set onto a mounted binding.


Is a veteran character actor and filmmaker who has won several awards for his work in films.


Is an action sport that involves cruising and performing tricks with the use of a skateboard.

Short about Surfing
Is a surface water sport in which the surfer rides a surfboard on the crest and face of a wave.