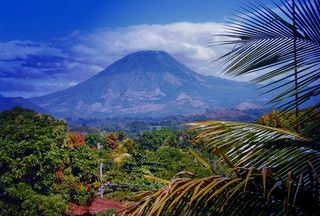 Fact 2:
It is the only country in central America without an Atlantic coast line.

Fact 3:
El Salvador is known as the âLand of the Volcanoesâ. It has some of the most active volcanoes in the world.

Fact 4:
El Salvador gained its independence from Spain in 1821 after 3 whole centuries.

Fact 5:
El Salvador went to war with Honduras after a soccer match; which was later known as the âSoccer Warâ.

Fact 7:
The early inhabitants of El Salvador are called the Maya.

Fact 9:
Coffee is considered an important pillar of the economy.

Fact 10:
El Salvador is famous for it's beautiful beaches and hosts the world surfing competitions.


Is a country situated in Central America and is also referred to as Spanish Honduras.


is the largest country in the Central American isthmus, bordering Honduras to the north and Costa Rica to the south.


Is located in Central America and bordered by Mexico to the north, south and west by Guatemala and east by the turquoise Caribbean Sea.


Is an American geneticist and biophysicist who was noted for the discovery of the molecular structure of DNA.


Is situated in Central Asia and officially called the Kyrgyz Republic

Short about El Salvador
Is a small country located in Central America.