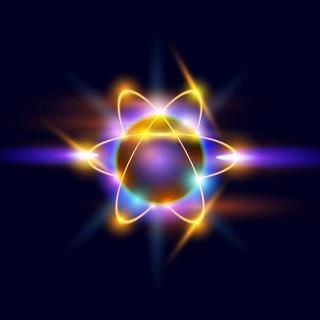 1. Heisenberg: A Life in Science

Werner Heisenberg, one of the most influential physicists of the 20th century, was born on 5th December 1901 in Wurzburg, Germany. He is best known for his contributions to quantum mechanics and the uncertainty principle, which he formulated in 1927. Heisenberg passed away on 1st February 1976 at the age of 74, leaving behind a legacy of groundbreaking scientific discoveries.

Also → The Matrix of Max Born and Werner Heisenberg

Werner Heisenberg is a renowned physicist who is best known for his groundbreaking work on the 'uncertainty principle', which has become a cornerstone of modern physics and the basis of his philosophical outlook. Heisenberg's uncertainty principle states that it is impossible to know both the exact position and momentum of a particle at the same time, and this concept has been used to explain the behavior of subatomic particles. Heisenberg's work has had a profound impact on the field of quantum mechanics, and his philosophy has been widely discussed and debated in the scientific community.

Also → Breaking Bad's alias is a tribute to Werner Heisenberg

3. A Physicist Who Changed the Course of History

In 1920, Werner Heisenberg began his studies in mathematics and physics at Ludwig-Maximilians University and the Geor-August University. After three years of hard work, he received his doctorate in 1923 while studying under Arnold Sommerfield at Munich. Heisenberg's dedication to his studies paid off, as he went on to become one of the most influential physicists of the 20th century.

4. A Physicist with a Legacy of Innovation

Werner Heisenberg was a renowned physicist who made significant contributions to a wide range of fields, including hydrodynamics of turbulent flows, the atomic nucleus, ferromagnetism, cosmic rays, and subatomic particles. Heisenberg's work in hydrodynamics focused on the study of turbulent flows, which are characterized by chaotic, unpredictable behavior. His research on the atomic nucleus helped to explain the structure of the nucleus and the forces that hold it together. Heisenberg's work in ferromagnetism explored the behavior of magnetic materials and their interactions with electric fields. His research on cosmic rays and subatomic particles helped to further our understanding of the fundamental building blocks of the universe. Heisenberg's work in these fields has had a lasting impact on modern physics.

Werner Heisenberg's papers on matrix mechanics revolutionized the field of quantum mechanics, as he was the first to describe the non-commutative multiplication of matrices using physical reasoning and the principle of correspondence. Heisenberg's work provided a new way of understanding the behavior of particles on a quantum level, and his papers remain a cornerstone of modern physics.

7. Heisenberg's visits to the UK enriched the universities

Werner Heisenberg, the Nobel Prize-winning physicist, was a frequent visitor to the United Kingdom, giving lectures at prestigious universities such as Edinburgh, Bristol and Cambridge. Heisenberg's lectures were highly sought after, and his presence was a great honor for the universities. Heisenberg's lectures covered a wide range of topics, from quantum mechanics to the philosophy of science, and his insights were highly valued by the students and faculty. Heisenberg's visits to the UK were a great opportunity for the universities to learn from one of the greatest minds of the 20th century.

Werner Heisenberg, a Nobel Prize-winning physicist, was renowned for his contributions to quantum mechanics. Later in his career, Heisenberg shifted his focus to plasma physics and the process of nuclear fusion. Heisenberg's research in this area was groundbreaking, and his work helped to further our understanding of the physics of nuclear fusion and its potential applications.

9. Heisenberg's Contributions to the Institute

Werner Heisenberg was a renowned physicist and Nobel Prize winner who was highly involved in the international scientific community. He was a member of the Scientific Policy Committee at the International Institute of Atomic Physics in Geneva, and eventually rose to the position of chairman. Heisenberg's contributions to the Institute were invaluable, as he helped to shape the Institute's policies and research initiatives. His leadership and expertise in the field of atomic physics were instrumental in the Institute's success.

Also → Dirac, one of the most influential physicists of the 20th century

Short about Werner Heisenberg
Was a German theoretical physicist and amongst the key creators of quantum mechanics.