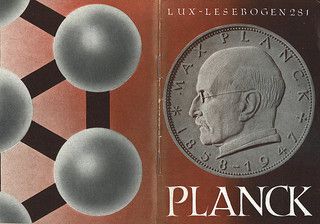 1. One of the Most Influential Physicists of the 20th Century

Max Planck, one of the most influential physicists of the 20th century, was born on April 23, 1858 in Kiel, Germany. He went on to become a professor at the University of Berlin, where he developed the quantum theory, which revolutionized the field of physics. He was awarded the Nobel Prize in Physics in 1918 for his work. He passed away on October 4, 1947 in GÃ¶ttingen, Germany, leaving behind a legacy of groundbreaking scientific discoveries.

Max Planck is widely renowned for his groundbreaking discovery of the quantum theory, which revolutionized the field of theoretical physics. His contributions to the field are vast and varied, ranging from the development of the black-body radiation law to the formulation of the quantum hypothesis. His work has had a lasting impact on the scientific community, and his name is synonymous with the quantum theory.

3. A Pioneer in the Field of Physics

Max Planck was a pioneering physicist who was one of the first to recognize the significance of Albert Einstein's Special Theory of Relativity. He was instrumental in furthering the development of the theory, making significant contributions to its advancement. Planck's work helped to revolutionize our understanding of the universe and laid the groundwork for many of the discoveries that followed.

4. The Father of Quantum Theory

Max Planck, the German physicist and Nobel Prize winner, was awarded the Nobel Prize in Physics in 1918 for his groundbreaking work in quantum theory. His research revolutionized the field of physics and laid the groundwork for the development of modern quantum mechanics. Planck's work was so influential that it earned him the title of the "Father of Quantum Theory". His Nobel Prize was a recognition of his immense contribution to the field of physics.

In 1938, the International Astronomical Union honored Max Planck by naming an asteroid after him - 1069 Stella Planckia. This asteroid is located in the asteroid belt between Mars and Jupiter, and is one of the many celestial bodies named after famous scientists. Max Planck was a German physicist who is widely regarded as one of the most influential scientists of the 20th century, and his work in quantum theory laid the foundation for modern physics.

Max Planck, a German physicist, developed a revolutionary concept that energy produced by a resonator could only take on separate values or quanta. This led him to deduce that the energy for a resonator of frequency 'v' is 'hv', where 'h' is a universal constant now known as Planck's constant. This groundbreaking discovery has had a lasting impact on the field of physics, and is still used in modern research today.

Max Planck, the Nobel Prize-winning physicist, made a groundbreaking discovery in 1900 when he found the Planck's constant, a fundamental physical constant. This discovery allowed him to outline a new universal set of physical units, such as the Planck length and the Planck mass, which are based on the Planck's constant. These units are now used in many areas of physics, including quantum mechanics, and have become an integral part of modern physics.

Max Planck, the Nobel Prize-winning physicist, is widely regarded as the father of quantum theory. His groundbreaking work on the subject was published in the Annalen der Physik, and his two books, Thermodynamik and Theorie der WÃ¤rmestrahlung, provide a comprehensive summary of his theories. Planck's work revolutionized the field of physics and laid the groundwork for many of the discoveries that followed.

Max Planck was one of the few scientists who immediately recognized the significance of Albert Einstein's three epochal papers, published in 1905 in the journal Annalen der Physik. These papers outlined the special theory of relativity, which revolutionized the way we think about the universe and our place in it. Planck was quick to recognize the importance of this groundbreaking work, and his acknowledgement of it helped to ensure its place in the annals of scientific history.

Short about Max Planck
Was a German theoretical physicist.